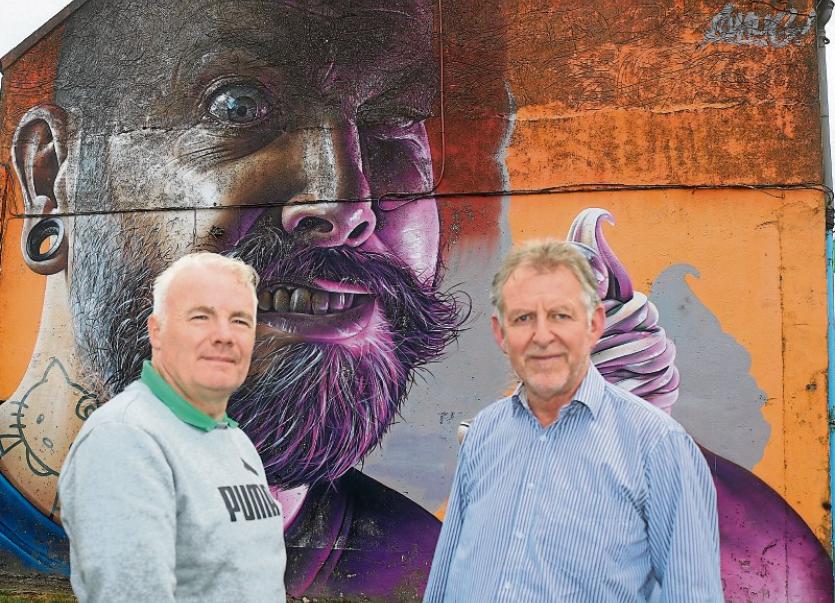 TWO councillors have called for the removal of a popular mural – and its replacement with a historic piece of artwork.

Fine Gael councillor Michael Sheahan and Sinn Fein member John Costelloe have united to call for the ‘eye-pop mural’ at Castle Lane – recently vandalised – to be whitewashed and replaced with something of “more relevance” to the area.

Former metropolitan mayor, Cllr Sheahan said: “I was never fond of the eyeball. It was never suitable from the first day. It is of no relevance to the community or the historical significance of the site.”

Instead, he feels something should be painted there to reflect the Siege of Limerick.

“Only if you walk a short distance, you have Arthur’s Quay which celebrates its history, as the place where the Vikings first arrived. You could do a historical depiction,” he said.

Cllr Sheahan even feels local artists could be asked to come up with ideas for a new mural.

“At the moment, that mural is totally unconnected to me with the location it’s in. It’s a location of significant historical importance, and what is there now doesn’t reflect that,” he added.

Cllr Costelloe, who lives in nearby Nicholas Street agreed, saying: “A number of people have commented on it since it was vandalised. Something on the Siege of Limerick would be brilliant. It’s a fantastic space for artwork.”

“What is there is wonderful, but it doesn’t appeal to everybody, and it needs to be more historical,” he added.

Cllr Sheahan said he hopes to at least get a debate going as to the future of the mural which at the moment depicts a man enjoying an ice cream.

The current mural, by Glasgow painter Smug, one of the most well-regarded street artists in the world, sparked controversy when it opened back in 2013.

It was unveiled at the same time as the €6m redevelopment of King John’s Castle, and has in recent times been used as a backdrop for the launch of the environmental Going for Gold initiative.

Last month, our sister newspaper, the Limerick Leader revealed the vandalism on the mural, with graffiti reading: ‘This is ugly, no consultation’.

At the time, metropolitan mayor Daniel Butler described the move as “an absolutely worthless statement”.

“It just came from a disgruntled idiot. But it’s hard to comprehend what kind of mindset would drive someone to totally compromise a piece of art which is liked and loved by a lot of people in what is an iconic location,” he added.

The vandalism appears to have been removed.