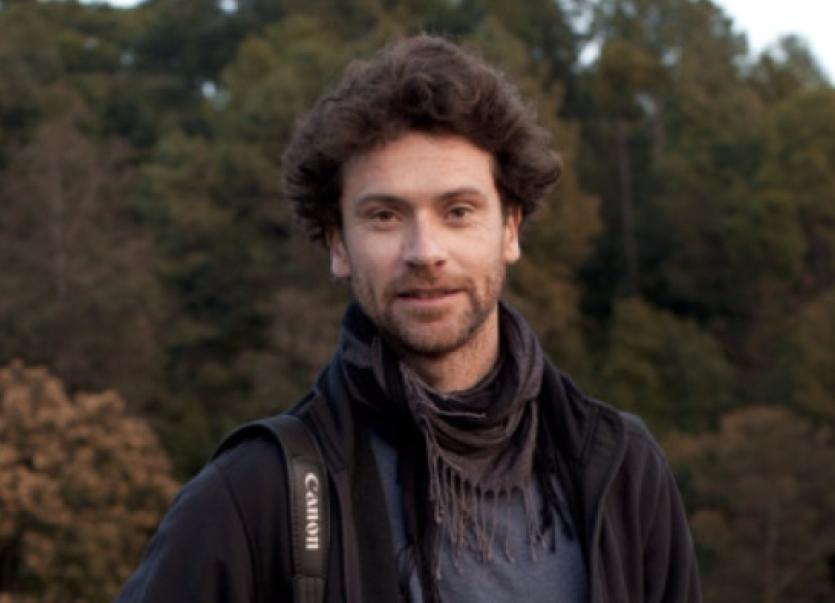 BORN in Limerick, I was educated, firstly, at An Mhodh Scoil (The Model School), then St. Munchin’s College, and later Limerick School of Art and Design (LSAD).

Finally, I graduated from the University of Wales, where I read for my Master’s Degree in Fine Arts (Documentary Photography). Today, I work as the photographer in residence at the Irish World Academy of Music and Dance (IWAMD) at the University of Limerick (UL). I, also, do some guest lecturing in photography with LSAD, and at the Centre for Creative Arts and Media at the Galway-Mayo Institute of Technology (GMIT).

One of my current interests is working as a Cinematographer with the Galway Film Centre specifically for the Swedish not for profit organisation, ‘International IDEA’.

Indeed, much of my current work is primarily concerned with creating documentary stories. These can vary from exploring the Argentinian-Irish Diaspora to traditional boat-makers in Ireland. Riverine – 9 Stories from The Gambia, for example, is collaboration with the documentary filmmaker, Alice McDowell. An exhibition based upon this topic of female circumcision and women’s sexual health was opened recently by Professor Michael O’Flaherty, Director of the Irish Centre for Human Rights, at The Hunt Museum. Alongside the prints being exhibited, there were stories and an additional short film by Alice McDowell. A quiet, yet powerful revolutionary movement is underway throughout this small African nation which is intended to protect and nurture female health and sexuality across the country.

In a series of intimate photographic portraits, the Hunt Museum Exhibition explored the physical and internal landscapes of women.

The main emphasis was on utilising interviews and ambient recording from their homes. These women have made the life-changing decision to abandon the traditional practise of female circumcision. However, as custodians of the tradition, their actions to cease this practise have not always been embraced by their communities, as female circumcision is widely regarded as a religious and cultural obligation. However, local organisations in The Gambia have now begun to eradicate this practise. This has come about mainly through dialogue and advocacy with religious scholars and the district chiefs of the villages which stretch from the Upper River Region of the country to the Atlantic Ocean.

Nine women and their stories have been chosen to perfectly illustrate how by combining the elements of custom and tradition, with education and knowledge, great change can be achieved.

All nine women are forging a new life and livelihood for themselves, and most importantly, a new future for women generally in The Gambia. The photographs presented at the Hunt Museum where taken using a digital camera, but a lot of my subject matter is primarily photographed using an early model of a Hasselblad medium format film camera. I scan the colour negatives using Miguel’s photo lab in Limerick who print and frame all of my work. The exhibition at the Hunt Museum involved a total of 65 colour prints, and as such, was one of the largest exhibitions of the year. In addition, there were some talks and lectures at various venues and colleges throughout the year. We hope to bring the same exhibition back to The Gambia in 2016 and are currently organising this. In fact, the exhibition was planned so that it could be easily transported and work in a smaller scale depending on the size of the gallery.

Currently, I am in Nepal filming a new documentary for ‘International IDEA’ dealing with the concept of ‘third gender’ (Intersex).

This refers to those defined by themselves, or by society, as neither male nor female. It is a subject which has recently been recognised at governmental level here. It will be a long term project involving a number of countries where there has been progress in this area. The documentary is planned for release in the autumn of 2016. Previously, I made a documentary on the Chilean mining incident at Copiapó (2010), which was aired on RTÉ, History Channel and various other international outlets.

I was first introduced to photography by my brother, Stephen, who attended LSAD a few years before me and is still working as a visual artist.

For my LSAD portfolio sub-mission, I included some black and white photo-graphs that I had taken around Limerick City. I didn’t have access to a darkroom, as such, but one of the Limerick Leader photo journalists kindly printed some of the prints from my first roll of black and white film. This sparked an interest in photography which continued to grow throughout my four years at Art College. When I finally graduated I spent several years travelling, always with my 35mm Olympus Camera, and started using slide film on the side. When I returned to Limerick I began working at UL, with their recently retired photographer, Eoin Stephenson, from whom I learnt a great deal regarding studio photography.

My work at UL changes from day to day. Some days are involved with teaching photography or in working with some of the Master’s Degree students at the Irish World Academy.

This can be on a one to one basis, where they can best enhance their photographic skills, in relation to their chosen area of expertise. There is a fantastic series of free public concerts at the Academy every week, and I often document these. They can vary from traditional music recitals, to contemporary or world dance, and even classical music. I, also, do some work for the Irish Chamber Orchestra (ICO) who have a specifically designed new rehearsal and performance space on campus. In addition, I currently sit as an advisory board member of the PhotoIreland Festival which takes place every year. The festival is expanding year on year, and the board meet formally and informally to discuss its future direction!

For more information about the work of Maurice Gunning please see the website: http://www.mauricegunning.com