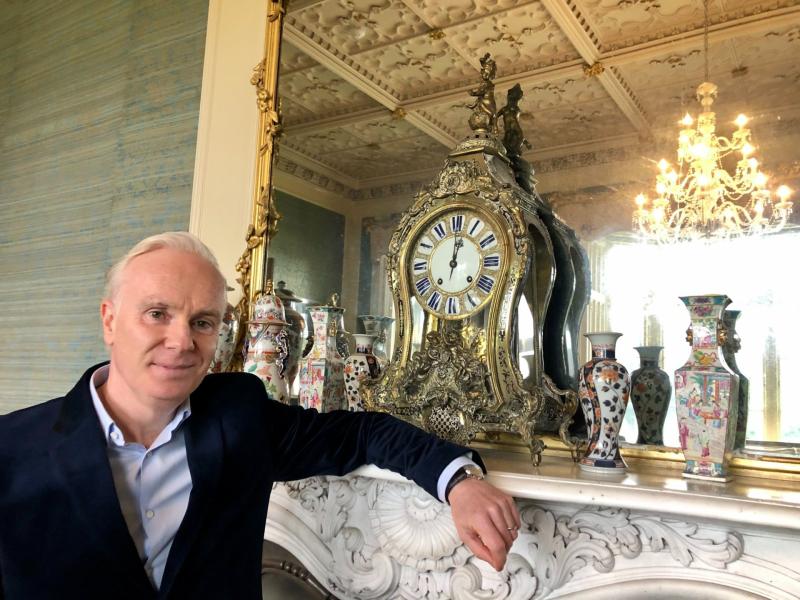 Viewers will get the chance to take a deep dive into the Sunday Times Rich List to find out which of Ireland’s super rich made the most money during this challenging year of Covid, and who lost out.

Counting down the winners and losers in the four Irish provinces, the series starts with a look at Leinster and Munster as well as revealing one of the biggest business stories of the year and finding out who’s shot to the top of Ireland’s Rich List.

The programme discovers a company hidden away in Powerscourt in the heart of the Wicklow mountains that is driving forward Ireland’s green revolution. Norman Crowley is CEO of the Cool Planet Group and Studio AVA, and head of a team who are designing and building electric cars in Ireland (in fact, the first new car to be made in Ireland since the DeLorean).

Norman Crowley says: “These ‘hyperclassic’ cars have hypercar performance, they’re very, very, very fast, but they’re classic in their looks and styling. These cars will range in price from a cool €1.2 million to €2 million.”

The programme also checks out a potential future Rich Lister who found themselves in the right place at the right time in 2020. Buymie is a personal grocery shopping service based in Dublin headed up by Devan Hughes, find out how he’s tapping into the new normal.

In Cork, the programme meets up with super-successful businessman Dan Kiely, to discuss his latest venture. After Dan and his wife Linda made their fortune as founders of VoxPro, they set up The Republic of Work.

In the second of the Rich List programmes STATSports, a sports technology company that’s become a sports stars’ favourite, is featured.

The programme finds out why it’s on course for ‘unicorn” status - that’s a new company on the way to a billion-dollar valuation.

Also interviewed is David Henderson of Tobermore, a man who’s built a fortune out of bricks: “We produce 2 and half million to 3 million bricks in a single week”.

Ireland’s Rich List 2021 has got the biggest business story of the year, featuring the rise and rise of Ireland’s richest brothers, John and Patrick Collison, founders of the phenomenally successful online payments company, Stripe.

Ireland’s Rich List is made by Waddell Media for RTÉ One.