Irish neutrality must be promoted and protected, says new group 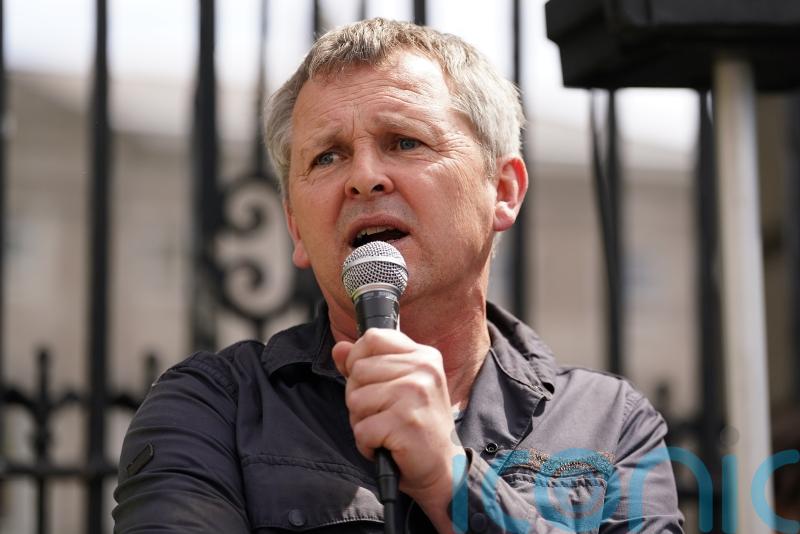 An umbrella group of politicians, parties and peace groups has vowed to oppose moves by Irish governments that use “any international conflict to reject neutrality”, amid what it claims is a slow creep towards militarisation.

The Irish Neutrality Group was launched in Dublin on Wednesday, publishing a statement that set out its aims to promote “the protection and strengthening of Ireland’s neutrality”.

The Peace & Neutrality Alliance, the Irish Anti War Movement, politicians and academics are among the 50 signatures on the statement so far, with invitations to be extended for others to sign up.

Deputy Ceann Comhairle of the Dail, Galway TD Catherine Connelly, said Wednesday was one of the most important days of her life as a politician, as a woman and as a mother.

“Our neutrality is, without a doubt, under threat,” she said, adding that those who promote Irish neutrality are sometimes portrayed as “infantile”.

She said: “The polls have shown us that the vast majority of Irish people want an active policy of neutrality that allows us to raise our voice for peace in the world.”

She raised concerns about what she said were moves towards Irish militarisation, based on responses by the Taoiseach and other senior members of Government in recent months.

The use of Shannon Airport by the US military as a stop off and the EU’s Strategic Compass strategy were highlighted, with Ms Connelly calling the latter “extremely concerning”.

“I’m particularly concerned about the consensus mentality,” she said. “We seem to have learned nothing in this country about the danger of consensus and we’re been pushed into that. And if we dare to step outside of that concept of consensus, we’re demonised and ostracised.”

Minister for Transport Eamon Ryan said in the Dail in response to a question from Ms Connelly that he would need to see the wording before signing up to the League’s statement due to the neutrality provision enshrined in Ireland’s constitution.

“I don’t disagree with the sentiment or the intention, but I’d be very slow to sign,” he said.

“I think we’ve learned here in terms of constitutional reform, it’s always best to think first of all, what’s the question, then what’s the answer and what’s the wording, and that’s not something that’s easy or quickly done.”

Senator Alice Mary Higgins said it is a civil society campaign, as well as a campaign for Oireachtas members.

People Before Profit/Solidarity TD Richard Boyd Barrett said every signatory of the statement “condemns the barbaric invasion by Vladimir Putin of Ukraine”, adding there is “no equivocation” on that point.

“But we do not believe that this terrible and scary situation in Ukraine should be used to justify completely abandoning Ireland’s neutrality and we think it’s very obvious that they’ve got the Government is doing that and is trying to soften Irish public opinion to fall in behind Nato and, indeed, at some point, to integrate with Nato.

“If one group of nations or a particular power believe that it’s okay for them to use war, militarism, or to back dictators in order to achieve their geopolitical ambitions, than all the other military powers think it’s equally legitimate for them to do it, and that’s why Ireland’s role is particularly important – to be consistent.”

Jim Roche, PRO of the Irish Anti War Movement, said the group would not oppose deploying Irish troops on peacekeeping missions to areas like Lebanon, but said the suggestion that Irish troops would carry out training for soldiers in Ukraine is concerning.

He said a peace agreement had already been struck between Russia and Ukraine – referencing a deal that has allowed for the exportation of grain from the invaded country that has been in operation for the past two months.

The Irish Neutrality League was set up with a group of a similar name set up in 1914 in opposition to Irish people being encouraged to fight in the First World War as part of the British Army.

The statement from the Irish Neutrality League states: “The role of a neutral state such as Ireland is to be a voice of diplomacy, and human rights, humanitarian support and peace, in opposition to all imperialist wars, colonialism and oppression.

“We therefore reject moves by any Irish Government to use any international conflict as an excuse to abandon neutrality and involve Ireland in supporting or facilitating wars, joining military alliances and increasing European and world militarisation.”