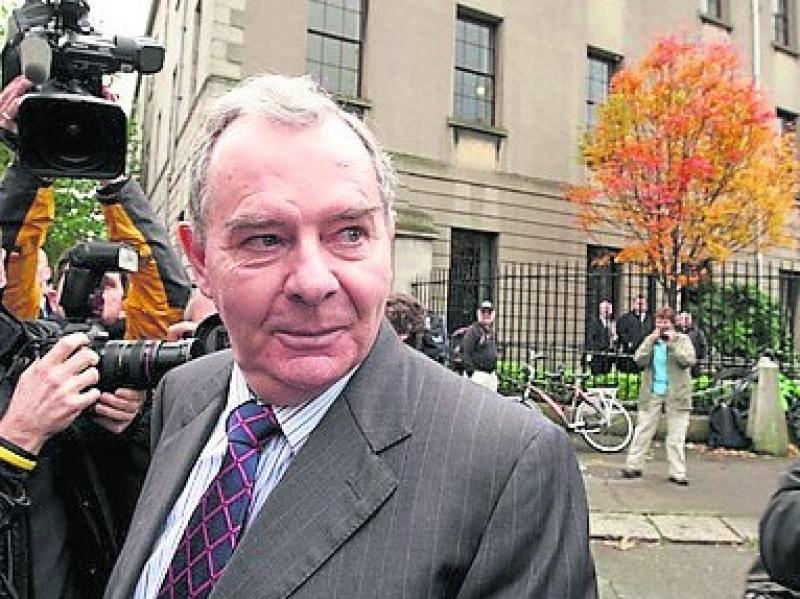 Two companies that were part of the former Quinn group have launched High Court proceedings against the former billionaire businessman and the group's founder Sean Quinn.

The action has been brought by Mannok Cement Limited and Mannok Build Ltd which allege that Mr Quinn is trespassing on a quarry owned by the companies.

They are seeking an injunction restraining Mr Quinn, who the firms say has no entitlement to be on Swanlinbar Quarry in Co Cavan, from trespassing on the site.

The companies claim that on several occasions since late 2019 Mr Quinn has trespassed on their lands.

The most recent trespass, it is claimed occurred on May 8th last when he was seen driving on its lands, in his E class Mercedes Benz, including at Swanlinbar Quarry.

The firms now want the High Court to grant them an injunction restraining Mr Quinn from trespassing on their lands.

In documents put before the Court the firms say the lands are active industrial sites, where heavy machinery is being operated, and Mr Quinn's alleged presence amounts to a significant health and safety risk.

Only authorised people are allowed to be present on the site, it is claimed.

Mr Quinn has no right or interest in the lands, and has no defence to the claims against him, the firms allege.

The firms say they are not entirely certain what is the purpose of Mr Quinn's alleged trespasses.

They believe his actions amount to "a misguided form of aggression in the form of defiance" aimed towards the company's management.

The plaintiffs claim their lawyers wrote to Mr Quinn requesting that he cease trespassing on the lands.

The two companies are subsidiaries of Mannok Holdings DAC, which was formerly Quinn Industrial Holdings DAC/Quinn Group/Aventas Group and is part of the Mannok group which specialises in the sale and supply of building products and packaging solutions.

The firm's directors fear that unless restrained by the court Mr Quinn will continue to trespass where it is claimed he will pose a health and safety risk.

Mr Quinn, it is claimed, also trespassed on lands owned by the firms in Northern Ireland. In 2021 Mr Quinn gave an undertaking before a Belfast Court not to trespass on lands at Doon in Co Fermanagh.

In a sworn statement to the court the two companies CEO Liam McCaffrey said that he and his management team have been the subject of "a long and well publicised campaign of intimidation, violence and serious threats."

One of the firm's directors Kevin Lunney was kidnapped and seriously assaulted.

Mr McCaffrey said while Mr Quinn has "repeatedly condemned the violence against the management team" the defendant had said in a newspaper interview in 2021 that he wanted the directors of Mannock removed and that he  (Mr Quinn) would do anything he could do in his power "to get those boys out."

On Wednesday, the two firms, represented in court by Andrew Fitzpatrick SC secured permission from Ms Justice Siobhan Stack to serve short notice of the injunction proceedings on Mr Quinn at his home address at Greaghrahan, Ballyconnell, Co Cavan.

The court made its order on an ex-parte basis, where only one side was represented in court.