Buildings across Ireland light up to mark St Brigid's Day 2022 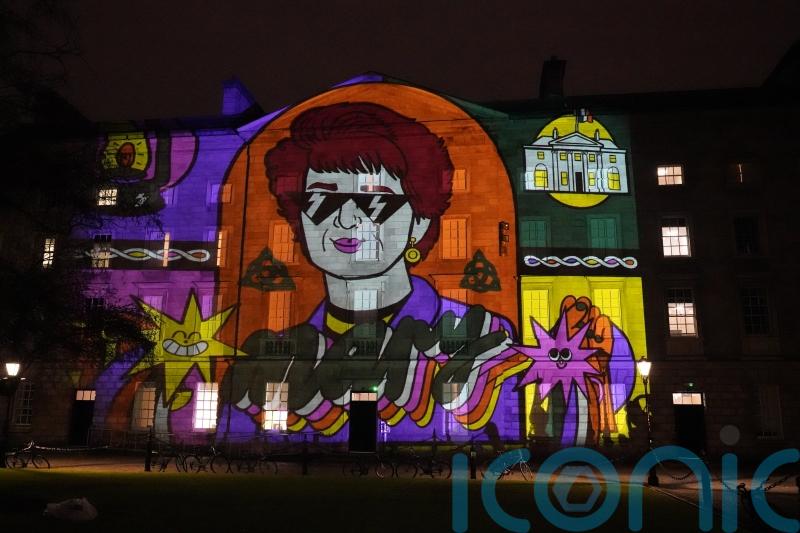 Buildings across Ireland light up to mark St Brigid's Day 2022

Landmarks across the country are set to light up to mark St Brigid’s Day 2022.

The event, organised by the group Herstory, is a celebration of women who have contributed to Irish society and culture.

From next year, St Brigid’s Day - which falls on February 1 - will be a public holiday, the first to be named after a woman.

The day marks the beginning of spring and the Celtic festival of Imbolc.

The event kicked off on Monday evening, when 100s of people gathered to mark the launch at Trinity College in Dublin. 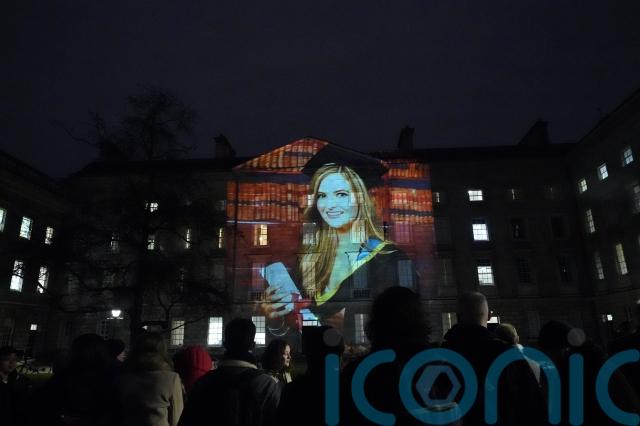 Trinity College, the GPO and Kildare Cathedral are among the landmarks that will be illuminated on Monday and Tuesday.

In poignant scenes at Trinity College on Monday, a minute’s silence was observed for Ashling Murphy, the primary school teacher who was murdered last month.

An image of her in her graduation robes was projected on the walls of the university.

Earlier this year, it was announced that St Brigid’s Day had been chosen as a new bank holiday from 2023, following years of campaigning by Herstory.

“Never before in history have young people risen up together on this scale across the world.

Saoirse Exton, ISSU equality officer said: “Student voice is the key to creating a better world for all, and pulling down outdated systems that threaten our very existence on this planet.

“Young people are the leaders, educators, lawyers, factory-workers, programmers, artists, legislators and so many other things, of the future and by right of our existence we must voice our concerns and the specific issues that affect us.

“By celebrating those that came before and continue to work towards dismantling the system and creating a better world, we are creating spaces for the activists of tomorrow and inviting more young people to join every fight – from climate to reproductive justice.”

Today (Tuesday February 1) the celebration will move to Kildare, which has long been associated with St Brigid. 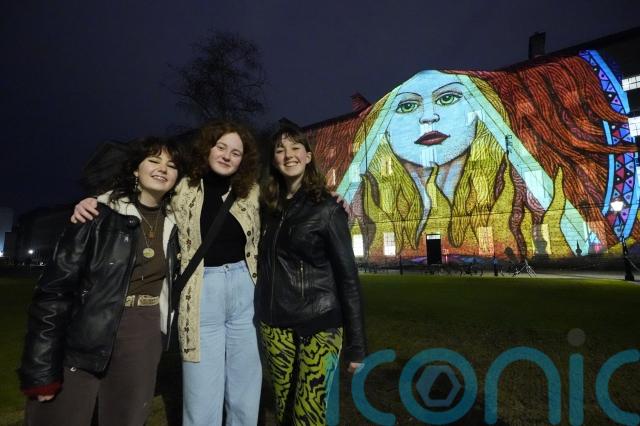 A pop-up light show will travel the county, starting with an event at St Brigid’s Cathedral from 5.30pm.

Kildare arts officer, Lucina Russell said: “This project is centred around St Brigid’s Cathedral, Kildare Town, which is synonymous with Brigid, as well as The Wonderful Barn in Leixlip and Kilkea Castle near Athy.

“The illuminations, with artistic representations of Brigid, will literally shine a light on the life and legend of this amazing woman.”