WATCH: This season’s fiercest clashes as F1 title race hangs on knife-edge ahead of final race 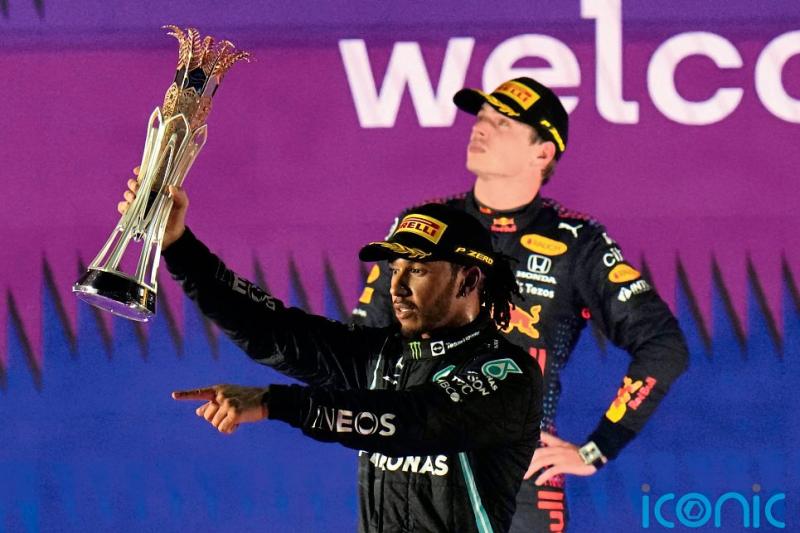 WATCH: This season’s fiercest clashes as F1 title race hangs on knife-edge ahead of final race

Lewis Hamilton’s victory at the fiery Saudi Arabian Grand Prix has left the title on a knife-edge with the seven-time champion locked on points with Max Verstappen ahead of the final race of the season.

But more clashes between the title protagonists grabbed the headlines at the inaugural race around a chaotic Jeddah circuit at the weekend.

Here, we look at the incidents that have defined the title scrap this season.

Verstappen held a 33-point lead in the drivers’ championship ahead of the British Grand Prix, but ended up crashing into the barriers at high speed after being hit by Hamilton. The Mercedes driver was deemed to be at fault but was handed just a 10-second penalty – much to Red Bull’s frustration. Hamilton went on to win the race and further angered Verstappen for celebrating while the Dutchman was taken to hospital. “That’s what I found really disrespectful, and in a way it shows how they really are. It comes out after a pressured situation,” Verstappen said.

Verstappen had won back-to-back races in Hungary and Holland, holding a five-point lead, before the pair came together again at Monza. The Dutchman drew alongside his championship rival at the Variante del Rettifilo, Verstappen ran out of room and ran over the kerb, which launched his Red Bull out of control and into Hamilton’s Mercedes. The rear of the Dutchman’s airborne machine ran over the top of Hamilton’s helmet, with the protective halo device absorbing the impact. “I feel very fortunate today,” said Hamilton. “Thank God for the halo which saved me, and saved my neck.” Verstappen was handed a three-place grid penalty for the next race.

Hamilton’s Mercedes had extraordinary pace after being dropped to the back of the grid in sprint qualifying for a technical infringement, before breezing through the field to claim victory in the race. But the big flashpoint came as he tried to pass Verstappen, with both cars ending up off the road as Hamilton claimed Verstappen had forced him off. The stewards did not agree and allowed the race to go on, with Hamilton claiming a comfortable win. Mercedes were denied the right to appeal the decision, further fuelling tension.

The Jeddah circuit promoted collisions throughout the field but the most high-profile came at the front. At the first of two restarts following incidents, Verstappen was deemed to have gained an advantage by leaving the track and was demoted at the next restart. He then was adjudged to have done so again in defending against Hamilton and was told to give the place back. In doing so he braked on the straight, with Hamilton not passing him but instead driving straight into the back of the Dutchman. “He just brake tested me,” complained Hamilton over the radio. Verstappen was subsequently handed a 10-second penalty but remained second.