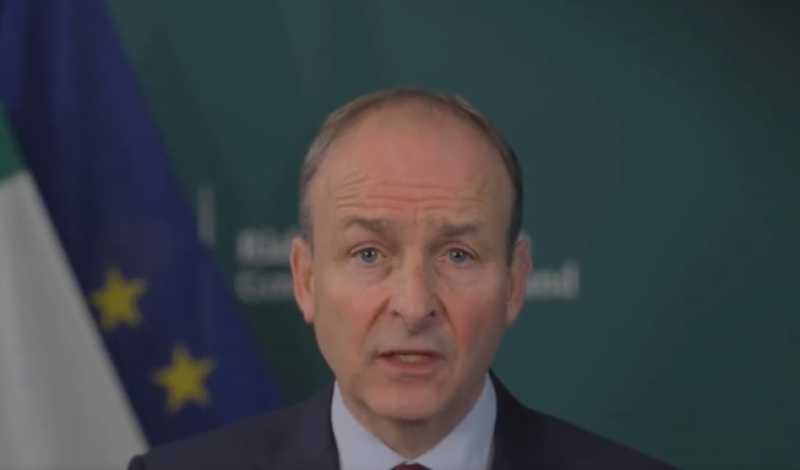 The Taoiseach has today pledged his support to the White Ribbon Campaign to end gender-based violence.

The annual campaign, led in Ireland by Men's Development Network/WRI, runs from today November 25th - the UN Day for the Elimination of Violence Against Women - until International Human Rights Say on December 10th.

Sixteen days of activism will help raise awareness in 60 countries worldwide, with the particular goal of engaging men and boys on gender-based violence.

He said, "Tackling domestic sexual and gender based violence in all its forms is a priority for this government, and we will continue to take action to prevent, eliminate and raise awareness of violence against women and girls."

An Taoiseach @MichealMartinTD pledges his support for the #WhiteRibbonIreland Campaign which launches the Men’s Development Network/WRI engagement in the UN Global #16Days of Activism Against Gender-Based Violence, starting Thursday, November 25, International #WhiteRibbonDay. pic.twitter.com/LSC8cF0isj

Tánaiste Leo Varadkar was singled out by the Men's Development Network earlier today for wearing a white ribbon in the Dáil in solidarity.

A letter-writing campaign to each Oireachtas member was reportedly carried out asking them to wear the emblem.

Their statement reads: "We in An Garda Síochána, the Irish Police Service, take domestic and sexual abuse very seriously and are here to help.  Domestic abuse can take a variety of forms such as physical, sexual, emotional, psychological and financial abuse.  It can occur within a family between one family member against another.  It can involve a current or ex-partner, regardless of gender or sexuality.

"Domestic abuse is a high volume, high impact crime and we know that if you are experiencing domestic abuse you can feel isolated and alone.  You do not know who to trust or who you can confide in.  An Garda Síochána are here to listen, we are here to help."