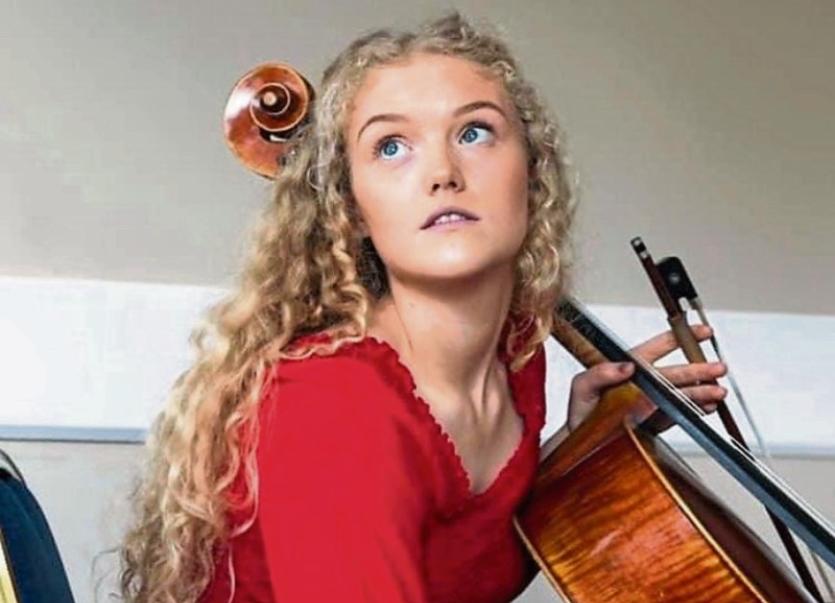 A LIMERICK student is representing Ireland in Amsterdam in a European music project.

She is one of only two Irish musicians selected from 26 countries from an audition process, to be part of this unique initiative run by the world famous RCO.

Aoibhin is participating in a two-and-a-half week intensive programme of group practice, orchestra rehearsals, chamber music, coaching sessions and workshops led by professional workshop leaders, and classes given by members of the RCO.

Aoibhin has been playing the cello for over ten years, and attends Cork School of Music every weekend for lessons with Christopher Marwood.

The young musician’s mother, Oonagh, who plays the violin with the Irish Chamber Orchestra says that the trip is a “great boost” for her daughter, who plans to study music after she completes the Leaving Certificate next year.

“I Facetimed her yesterday and she loves it, she’s making friends from all over Europe,” she said.

“It’s amazing to go and be able to meet like-minded people from all over Europe. Music is such a unifying thing, it doesn’t matter what nationality you are or where you’re from - it’s  a common bond.

“She’ll make friends for life, I know it,”  Oonagh added.

The programme runs from August 7 to the 25 and at the conclusion of the programme, the young musicians play concerts under the direction of conductor Pablo Heras-Casado at The Concertgebouw Hall, Amsterdam on August 23 and at the Flagey Concert Hall in Brussels on August 24.  The orchestra views the development of top talent as of the utmost importance. In addition to this, the course aims to stimulate personal development, a strong sense of community and a democratic mindset.

The young musicians will become ambassadors, taking the ideas behind RCO Young with them to their respective home countries.