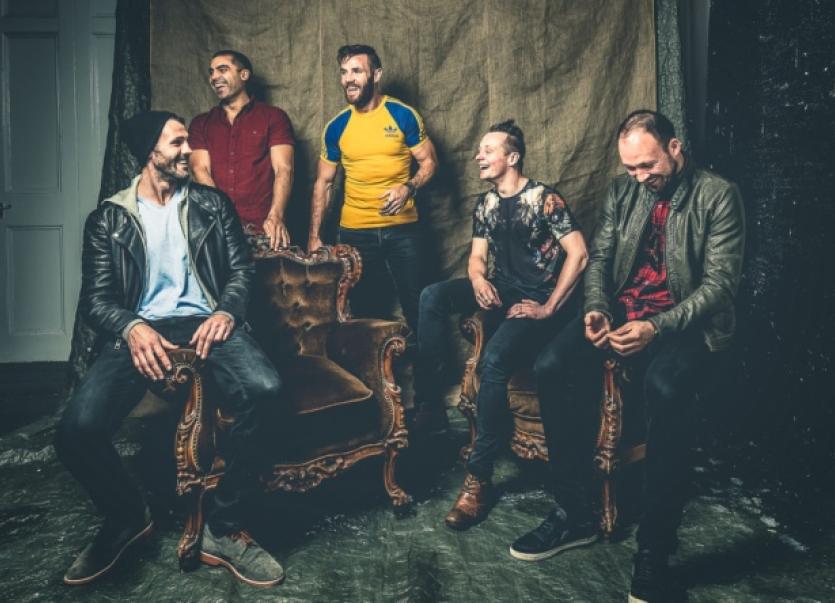 HERMITAGE Green have been camped out in the studio since September, slavishly putting the finishing touches to their debut studio album, which will – we can reveal – be released on February 26.

It is not all work and no play mind you, as the Limerick band escaped for six gigs over Christmas, two of which were sell-out shows in Dolan’s Warehouse, their first shows in the venue in a year.

The folk rock five piece will make a return to their hometown to play Live at the Big Top in the Milk Market on Sunday, May 1, tickets for which go on sale this Friday.

The popular quintet previously played the venue on the same weekend in 2014 as part of a tasty triple bill with Gavin James and the Riptide Movement, but are gunning to sell out the venue on their own merits this May Bank Holiday weekend.

“Yeah, we can’t wait, the last time we played there it was a massive step up for us and we had the support of Gavin and the Riptide obviously that were a massive draw, so this time we have taken it on our own,” reported Barry Murphy from Mill Studios in Swords this week, where the band are recording their album for Sony Music.

“It was brilliant to get back to Dolan’s and do two sell out shows and I think we are right to step up to the next level, we will have the album out at that point and it will be finishing off the end of a tour for us.

“It is going to be a big tour and our sound is going to step up another level, so the Big Top will be perfect for us to blow the roof off the place,” he added.

McGee has previously worked with Kodaline and The Script and Hermitage Green are pushing their sound to a bigger, fuller place as a result, with electric guitars, full percussion and – as distinct from the live album they released a few years ago – pianos.

“In comparison to the live album, it is going to be a completely different sound,” says Barry. “We are going to try and incorporate as much of that raw side of things that we had on that into it, but the new instrumentation just makes things a little bit bigger.

”I think it is a very natural progression, I don’t think people will be too shocked when they hear it.

”We enjoy it anyway so hopefully people will too.”