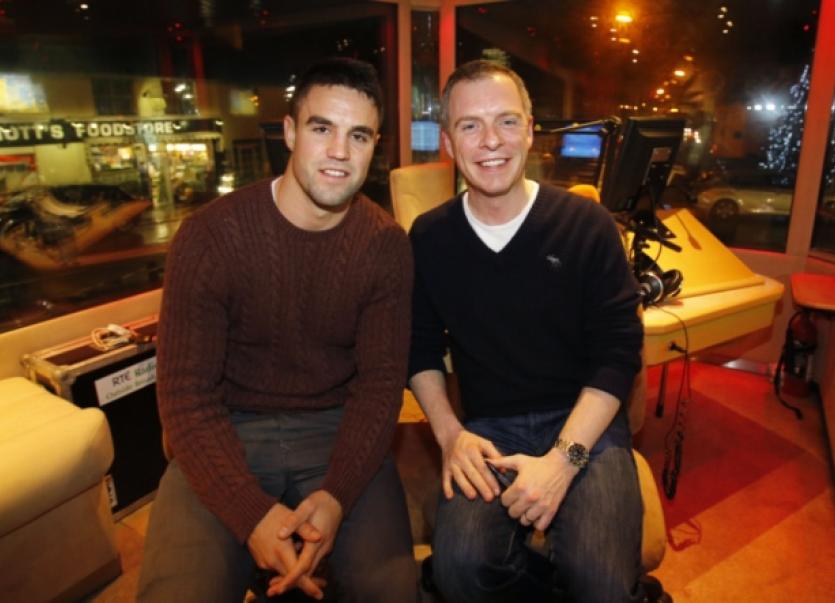 LIMERICK radio presenter Will Leahy is to leave his long running drive time slot on 2fm, he has announced.

LIMERICK radio presenter Will Leahy is to leave his long running drive time slot on 2fm, he has announced.

The DJ - also a successful solicitor - will hand over the More Music Drive slot to Colm Hayes, with his last show to be broadcast this Friday.

The move is part of an overall reshuffle in the radio station’s programming and the long serving presenter made the announcement live on the show this Wednesday evening that he would be leaving the drive time slot and moving to a “new show at the weekend”.

“I am finishing on Friday after seven years,” said Mr Leahy, who broadcasts the show Monday through Friday from RTÉ’s regional studio in Limerick and has been with 2fm for 17 years.

“I am staying with 2fm and over the next three days we will be having a party - it is business as usual. The Colm Hayes show is taking over my slot,” he continued.

“I am thrilled it is going to be someone you know and love going in at 4.30pm. We are pretty sad but it we have known about it for some time and I was dying to tell you all for a long time.”

Leahy, who lives in Cratloe with his wife Rachel and daughter Jessica, quipped that he was “looking forward to being a normal person and going home at 5.30pm every day”.

He was originally given the drive time slot seven years ago following the runaway success of the Saturday show he fronted.

He admitted in an interview in 2012 that it took him “a long time” to find his feet.

“I do, I feel I have made it my own,” he reflected. “People always talk about that connection with your audience, I do feel it – but it has taken me a long time to feel that way. I have a certain idea of who our typical listener is – research helps you on that.

“Research is something I have a keen interest in. I like to know why some things are more popular than others. But radio takes a lot of time to bed-in. Research gives you overall numbers and the different types of people that listen, but unfortunately it doesn’t tell you why people listen.

“The decision was taken to emphasise the music on the show and to try to make it sound different to what else is out there. We still have features and stuff, but we have changed. We used to do a lot of interviews – we had the best guest list of anybody, but it wasn’t bringing in any listeners! There was a decision made that if people wanted talk radio, they would go elsewhere for it.”

Given his day job and young family, being based in Limerick is the ideal situation for the presenter, who is a solicitor by day, largely covering county courts. He is the chief solicitor for Limerick County Council.

“I can’t see me ever leaving Limerick, because I can’t see there ever being a need to,” he said in 2012.

It is likely that a decision to remain located in his native Limerick was a factor in the decision, with 2fm bosses rumoured to be keen that all of the station’s main presenters be based in Dublin.