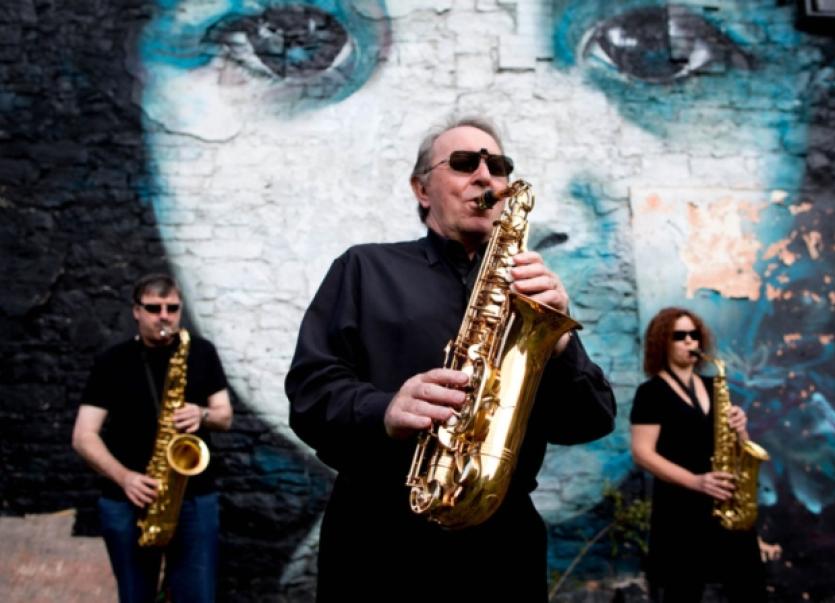 THE bar was set high. Names like Dianne Reeves, Kurt Elling rattled around in the ether, all seemingly achievable.

THE bar was set high. Names like Dianne Reeves, Kurt Elling rattled around in the ether, all seemingly achievable.

In the end, Limerick Jazz Festival outdid themselves, securing the services of Van Morrison and David Sanborn - two multi Grammy award winners - to headline its third outing in the city this September.

“This year’s line-up is as good as any in this country, at any time, I have ever seen. It is fantastic,” says organiser and booker John Daly confidently, without a hint of a boast.

“It is a real international line-up across the board,” he says of the festival, backed by City of Culture, the Arts Council and Failte Ireland, and which includes The Dublin City Jazz Orchestra, Nigel Mooney and Richie Buckley, as well as UK saxophonist Julian Siegel and the Crisis Point Big Band on a bustling bill.

“I would love to see it become, for the city, a truly international festival and bring a lot of people in.

“You keep it anchored. You look at some of the European jazz festivals and they are great, they are so well run and are great festivals, and have a real cross section of stuff,” he adds.

Daly is chairman of Limerick Jazz Society, which has been keeping the jazz flame burning brightly in the city since its inception 32 years ago and also runs the festival. It is both the only society in the country and the longest surviving, which is an achievement in itself.

The plan when the Jazz Festival started was a five year one, and grabbed some big names in its first year with Joe Locke and Geoffrey Keezer.

But Van - whose gig in the University Concert Hall sold out in 90 minutes - and Sanborn, playing in the Lime Tree Theatre on September 27, are in a different league.

“It has been beefed up a lot, City of Culture have been fantastic, they gave us a few quid, and with the year that is in it, we had to make something happen,” says John.

“It was a good platform as well, to have somebody like Van coming, that he accepted the offer more than anything, because he doesn’t accept them all.

“The City of Culture support was crucial, it gave us the leverage to go and approach somebody like Sanborn,” he adds.

“My initial statement was a five year plan, which I am sticking to. It is a lot of work, a lot of unpaid hours, and there is a fantastic committee there.

“I don’t know what will happen after five years, but I want to see myself and see how it builds.”

It is a well rounded programme, that includes a jazz trail through Jerry Flannery’s Bar, the George and South’s pub, as well as masterclasses in venues such as the Hunt Museum and the Limerick City Gallery.

Daly himself plays with the Crisis Point Big Band, who will perform in the Clarion on the Sunday of the festival with vocalists Conor Ryan and Keith McDonald, and they have a tribute to one of the city’s most famous sons up their sleeves.

“There is one special song we are doing as a dedication to Richard Harris - MacArthur Park,” he says of the Jimmy Webb classic.

“We are doing a big band version and dedicating it to him, because he put Limerick on the map. It is the perfect time in the year of City of Culture to dedicated it to one of the greatest personalities to come out of this city.”