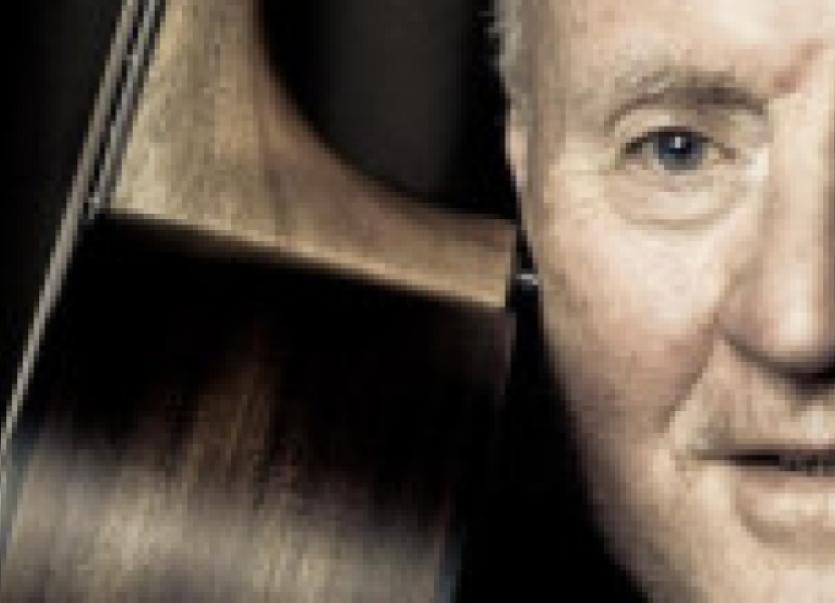 ON May 7, 2015, Christopher Andrew Moore, one of Ireland’s most influential and prolific musicians and songwriters, will turn 70.

ON May 7, 2015, Christopher Andrew Moore, one of Ireland’s most influential and prolific musicians and songwriters, will turn 70.

Barely two short months beforehand, Christy Moore will return to the University Concert Hall for his first gig in these parts in nearly two years.

As the Newbridge balladeer prepares to celebrate his milestone - likely in low key fashion - 2015 will also mark an association with Limerick that stretches back over 50 years.

Christy recently told the Limerick Leader about his “earliest memory” of playing in Limerick in 1965, one of his “first ever paid gigs” that helped to jumpstart a career that has spanned more than 25 solo albums, stints with Planxty and Moving Hearts and gigs all over the world, from the smallest pubs and clubs of Ireland and the UK to the world’s premier concert halls.

“My earliest memory of playing there (Limerick) goes way back to 1965,” he explained.

“I was 19 and working in the National Bank in Askeaton. One night I was singing a few songs in May Collins’ pub on the Square. A tour guide heard me and invited me to sing in the George Hotel for a bunch of touring Americans. It was one of my first ever paid gigs. It did not go very well but I got £5 which was a half weeks’ wages in the bank. I left the bank following year and took off on this journey.”

Moore released his first album, Paddy on the Road, in 1969, but it was the follow-up three years later, Prosperous, that brought him to prominence. Known for his raw honesty and rhythmic style, Moore has rarely looked back and has constantly striven to reach new heights, either on his own or with Planxty co-founders Liam O’Flynn, Andy Irvine and Dónal Lunny.

He says he is in “year 48 of this ongoing world tour” and asked if he still feels the same enthusiasm about getting on stage and playing, he answers: “I’m enjoying the gigs enormously, as much as at any time in my life. My primary purpose is to make music.

“Back in 1968 I played support gigs for 320 nights as I tried to get going. These times it’s about 60 gigs a year so I’m always ready to roll, always forward to hooking up with the team.

“I played to eight people recently in a very special place, the week before to 25 young people in a unique setting. These gigs are just as special to me as the concert halls. The combination of song, singer and listener creates an air which sustains the performance. I play at home for hours every day, that’s where the work takes place. I don’t consider actual performance to be the work…the learning, the writing, the rehearsal, the travelling, being away from home, that’s the work. Once the lights go down and the gig begins, that’s a different story.”

Of the UCH gig, Moore says it is “world class”.

“The campus is stunning. I love that pedestrian bridge over the Shannon. There are really good acoustics and sightlines and the audience is close in. I like it a lot.

“That said, I do miss being in the city. The old Savoy was an amazing venue. I played there with Planxty one Saturday night in 1972 and we had 4,000 really rockin’ the joint. Then we would go out the stage door and into the heart of the city. Later on there were great nights in the Belltable when Bríd Dukes was at the helm. Moving Hearts played some raucous gigs in the Parkway when local band The Outfit played support,” he smiles.

There is clear affection for Limerick in the musician’s voice, and respect for the region’s music scene.

“My relationship with the Treaty Stone goes way back,” he laughs.

“It’s always a pleasure to return. The first Limerick song I learned was The Limerick Rake. In later years The Voyage, by Johnny Duhan, has been a great song for me and I’ve also had the good fortune to receive many good songs from writers like Mick Hanly and Ger Costello. There is a great tradition of songwriting on Shannonside,” he adds.

Christy will be joined by his old mucker Declan Sinnott for the UCH gig, which should make for a special atmosphere in the venue.

“Declan and I are having a good run. We were joined last year by Jim Higgins on percussion and he has brought a new dimension to our gig. We love playing and the Concert Hall always brings out the best.”