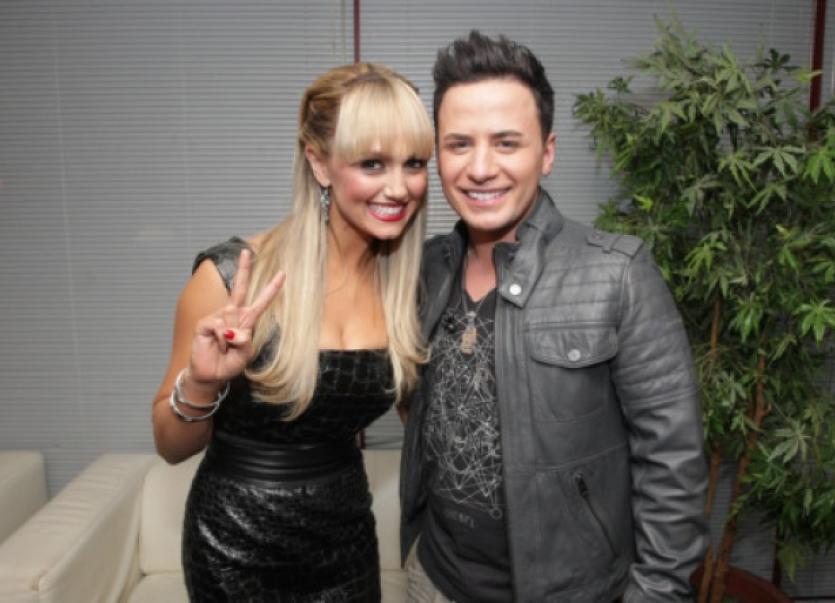 Limerick’s own Leanne Moore is hoping it’s third time lucky in Malmo - as she prepares to perform in her third Eurovision song contest in as many years.

Limerick’s own Leanne Moore is hoping it’s third time lucky in Malmo - as she prepares to perform in her third Eurovision song contest in as many years.

The Corbally beauty was a backing singer for Lucan twins Jedward in the last two contests in Dusseldorf in 2011 and last year in Baku. The twins and Leanne qualified for the final both years, finishing eight in 2011 and a disappointing nineteenth last year.

While Jedward are not taking part this year, Leanne will be once more representing her country in this year’s first semi-final which takes place tonight live on RTE 2 from 8pm.

Leanne will be a backing singer once more, this time in support of Strabane man Ryan Dolan.

Ryan will perform his entry, Only Love Survives, in 13th position of the 16 countries participating in tonight’s semi-final. Ryan co-wrote the song with Dublin native Wez Devine.

Leanne and Ryan will be hoping to win the Eurovision a record eighth time for Ireland in this year’s 58th annual Eurovision song contest.

Speaking before jetting off to Sweden, Leanne said: “If there is one thing I’ve learnt it’s that you just can’t expect anything. Nobody can predict what will happen but I am looking forward to Sweden - maybe the third time is a charm.”

With the proliferation of smaller nation states, political voting has made it more difficult for the traditional Eurovision powerhouses to garner enough votes to make winning the contest a possibility but qualifying from the semi-final will be seen as a minimum requirement for all involved in Ireland’s entry.

Leanne thinks you need a song that is going to appeal to a wide variety of musical tastes as well as representing the country. “It is modern because it is dancey yet it has that Irish edge, which I think you need, it has to have some flavour of the country it is coming from,” Leanne said of the song, she hopes can do Ireland and Limerick proud.