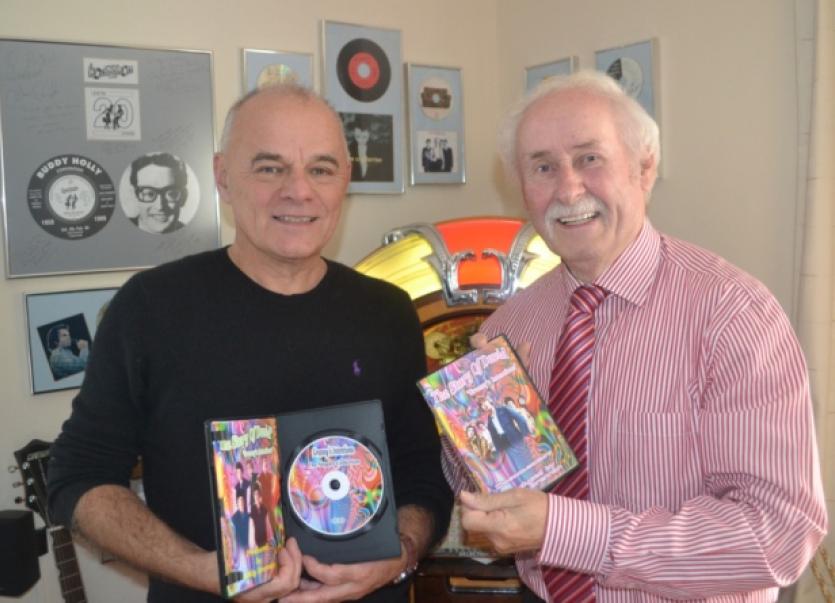 A NEW DVD documenting the history of Limerick band Granny’s Intentions gets a release next week.

A NEW DVD documenting the history of Limerick band Granny’s Intentions gets a release next week.

A collector’s item, The Story of David - only 120 copies of the two DVD and CD product are being released due to copyright - was lovingly assembled by Limerick Rock and Roll Club founder and avid music fan Paddy Brennan.

The documentary contains archival footage of the legendary band who were active from 1965-71 and were the biggest beat group of the time in Ireland - almost cracking the UK, where they signed a record deal - as well as interviews and many songs that never got a release on CD, including a demo recorded for Decca, Loving You Is Sweeter Than Ever, which was made in the same studio that the Rolling Stones and the Moody Blues cut records in.

Tributes are paid to the band, who went through several line-up and had many reunion concerts over the years, by Johnny Fean, Noel Bridgeman, Brush Shiels, Lorcan Murray and Bill Whelan.

The latter says: “In the context of making music they were a shining light to the young people of Limerick.

“They were an affirmation of the youth of Limerick. They were also our link to international music and that was their real importance.”

Paddy says that the band “very nearly made it”.

“You couldn’t get better. They had done all they could in Ireland, they were the biggest beat group of the time. It looked like they were going to make it in the UK, but a mixture of misfortunes and management changes meant they didn’t get the promotion they deserved,” he said.

“This is a documentary of the whole story of the band and all the reunion concerts, with footage. It is a treasure trove, nothing like this exists,” he added.

The Story of David will be launched by Dennis Allen in the Clarion Hotel next Thursday, December 11 at 7pm. MC for the evening will be Michael McNamara, who added the voiceover for the DVD, and will also include a number of special guest speakers, who will share their own stories and memories of Granny’s Intentions.