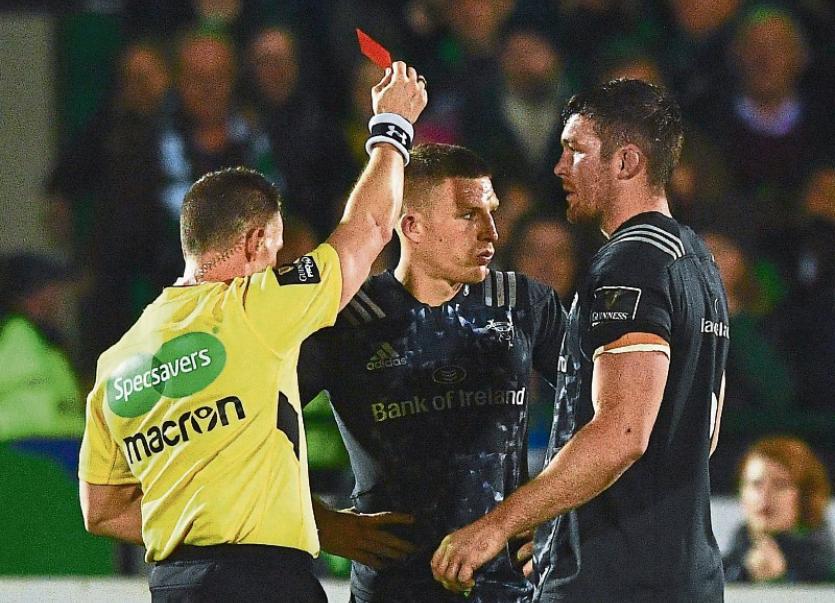 Munster's Andrew Conway, centre, is shown a red card by match referee Nigel Owens at the Sportsground on Friday night

A DISCIPLINARY panel will meet in Edinburgh on tomorrow, Wednesday, to consider the red-card decision against Munster’s Andrew Conway in their Guinness PRO14 clash at the Sportsground in Galway on Friday last.

Match referee Nigel Owens deemed Conway to have committed an act of dangerous play against Connacht out-half Jack Carty in the 61st minute of the game which Munster lost.

The referee showed the player a red card under Law 10.4 (o) – Late-charging the kicker: A player must not intentionally charge or obstruct an opponent who has just kicked the ball.

The player will face a Disciplinary Panel via video conference. The panel will comprise of Roddy MacLeod (Chair), Frank Hadden and Ian Douglas (all Scotland).