Mercedes gets clearance to use automated driving technology 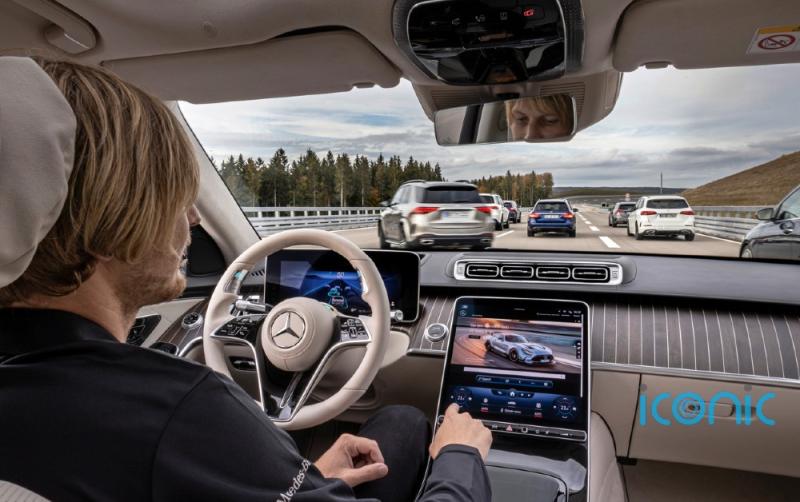 Mercedes gets clearance to use automated driving technology

They have been granted system approval by the German Federal Motor Transport Authority (KBA), which means that next year, customers will be able to buy an S-Class with Drive Pilot.

This will allow them to drive in ‘conditionally automated mode’ at speeds of up to 37mph while in heavy traffic or on congested sections of motorway. The technology will also appear on the electric EQS.

While in this mode, the driver can legally perform ancillary tasks on the central display, such as replying to work emails, watching a movie or doing online shopping.

Mercedes-Benz says the technology will work on over 8,000 miles of highway in Germany at first, with testing underway in the USA and China. “As soon as there is a national legal framework for conditionally automated operation in additional markets, the technology will be rolled out step by step,” the firm said in a statement.

Drive Pilot can maintain the vehicle’s speed up to the maximum of 37mph, as well as keeping the vehicle in its lane. However, to achieve certification it also had to be able to react to unexpected driving situations by evading or braking.

To build on the existing advanced cruise control function, Mercedes-Benz fitted LiDAR sensors and extra cameras, with a microphone also added to help detect situations such as approaching emergency vehicles.

If the driver has to take over the vehicle, they will receive a prompt. However, if they should fail to take control within the allotted time, for example because of a medical emergency, the system will gently slow the car, put the hazard warning lights on and unlock the doors and windows so first responders can access the vehicle.

Markus Schäfer, Member of the Board of Management at Mercedes-Benz, said: “For many years, we have been working to realise our vision of automated driving. With this LiDAR based system, we have developed an innovative technology for our vehicles that offers customers a unique, luxurious driving experience and gives them what matters most: time.

“With the approval of the authorities, we have now achieved a breakthrough: We are the first manufacturer to put conditionally automated driving into series production in Germany.”