Hundreds of submissions received regarding plans for bypasses of Limerick towns 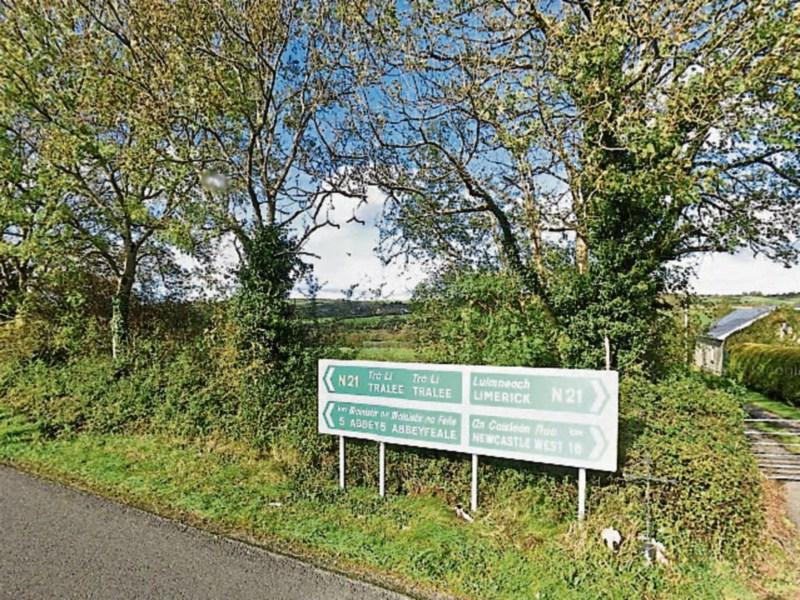 THE preferred routes of the proposed bypasses for Newcastle West and Abbeyfeale could be known within weeks.

And, once the preferred route for each town is known, the block on planning permissions along each of the other route options or corridors could be lifted as early as next February.

Ger Carey, senior executive engineer with the Mid-West Road Design Office, told a meeting of the Newcastle West Municipal District, that they were “on track” to put the preferred route for the Newcastle West by-pass and the Abbeyfeale bypass on public display by the end of 2021.

“The signs are good,” he said. He couldn’t give a definite date, he continued, as some issues still remained to be signed off by Transport Infrastructure Ireland, but his hope was that it would happen in November.

Because of Covid-19 restrictions at the time, the public display was online and thousands of people logged on. Some 5,339 people clicked into the Newcastle West “in-room” experience while 6,736 clicked into the Abbeyfeale plan.

A total of 287 submissions were made in relation to the Newcastle West proposal and 194 regarding the Abbeyfeale one and over 200 consultations took place, Mr Carey told councillors.

“We shouldn’t have been surprised,” he said, “but we reached an awful lot more people than through the traditional means.”

They planned to use the virtual experience for the preferred routes, he added, with a possibility of using some of the more traditional approach as well.

Choosing the preferred route, Mr Carey explained, was based on scoring all the route options on a set of criteria laid down by Transport Infrastructure Ireland (TII)  such as safety, environment etc. and submissions would also be taken into account.

Once the preferred route for both towns is chosen, the next step  to get approval from the TII to conclude this phase and publish the selection report.  The next phase, Phase 3, involves developing the selected route within the 400m wide corridor. “Just because you are in the corridor doesn’t necessarily mean you will be directly affected by the road,”  Mr Carey stressed. “You will be in proximity to it.”

But there was “nothing definite” yet about moving to Phase 3 or about funding for it, councillors were told.

Replying to councillors who were concerned that people’s lives were on hold because of “sterilisation” along all four route options in both towns, Mr Carey said, lifting the sterilisations would not happen straight away.

“It could be maybe February before the others could be freed up,” he said.

An Bord Pleanála’s decision about the Limerick to Foynes route, which includes a by-pass of Adare, has once again been delayed, Mr Carey told councillors. It was first expected in June, then on October 4 but the new date is October 26.