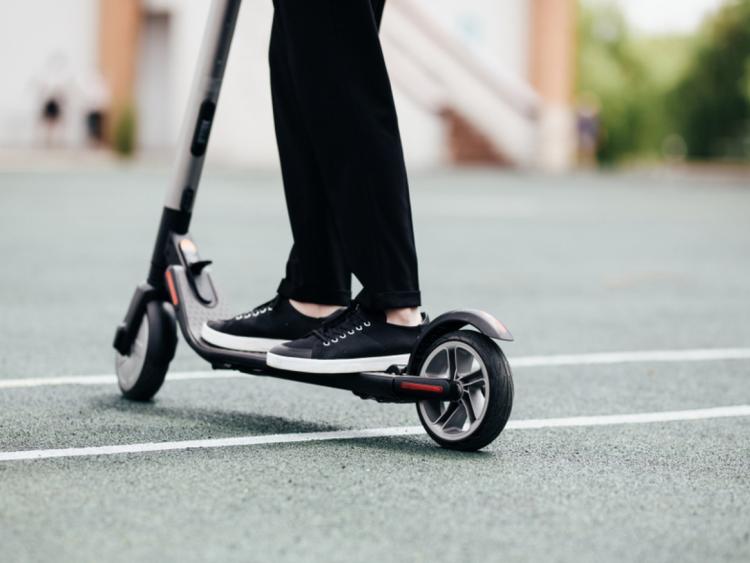 E-sccoters could soon be legal, MInister Eamon Ryan has confirmed

THE Minister for Transport, Eamon Ryan has announced the Government’s approval to draft legislation which will allow for the regulation of e-scooters and e-bikes in the forthcoming Road Traffic (Miscellaneous Provisions) Bill.

This decision will now allow for the introduction of appropriate regulations for these types of vehicles.

According to Minister Ryan, the main provisions of the Bill are as follows:

Legislation for the use of e-scooters
The Minister is proposing to create a new vehicle category which will be known as ‘Powered Personal Transporters’ (PPTs) and will include e-scooters and similar devices.

The proposed legislation will allow e-scooters to be used legally in a public place and will also address standards to be met by PPTs in the interests of safety.

Tax, insurance and driving licenses will not be required. As the intention is to legalise the use of PPTs in a public place, they will now be regulated as to how and where they may be used.

Legislation relating to e-bikes
Under current Irish law, e-bikes are not classed as ‘mechanically propelled vehicles’ (MPVs) or as pedal bicycles. E-bikes will now be legislated for using EU standards as a reference point and will be treated mainly in the same way as pedal cycles while the more powerful models of e-bike will be treated as light mopeds.

Commenting on the Govenment decision, Minister Ryan commented: “E-scooters have become an increasingly popular form of personal mobility in a short period of time. However, these devices are not legal under current Irish road traffic law. I am implementing the commitment in the Programme for Government to regulate their use by including amendments in the upcoming Road Traffic (Miscellaneous Provisions) Bill so that they can be used in a safe manner.”

The Green Party has long called for the regulation of e-scooters to support and encourage people to #MakeTheSwitch to low-carbon transport. Today Minister @eamonryan is proposing key changes to the Road Traffic Bill, including legislating for the use of e-scooters & e-bikes.‍♀️ pic.twitter.com/Z3jWFk0pwq

Minister-of-State Hildegarde Naughton added: “The recent Government approval to draft legislation is a clear demonstration of our commitment to regulate for the safe and sustainable use of e-scooters and e-bikes in Ireland as a matter of priority. The benefits of these provisions include providing a legislative framework for the use of e-scooters and e-bikes on a more widespread basis whilst also ensuring and improving safety for all road users.”

No timeline has been confirmed as to when the proposed laws will be enacted.