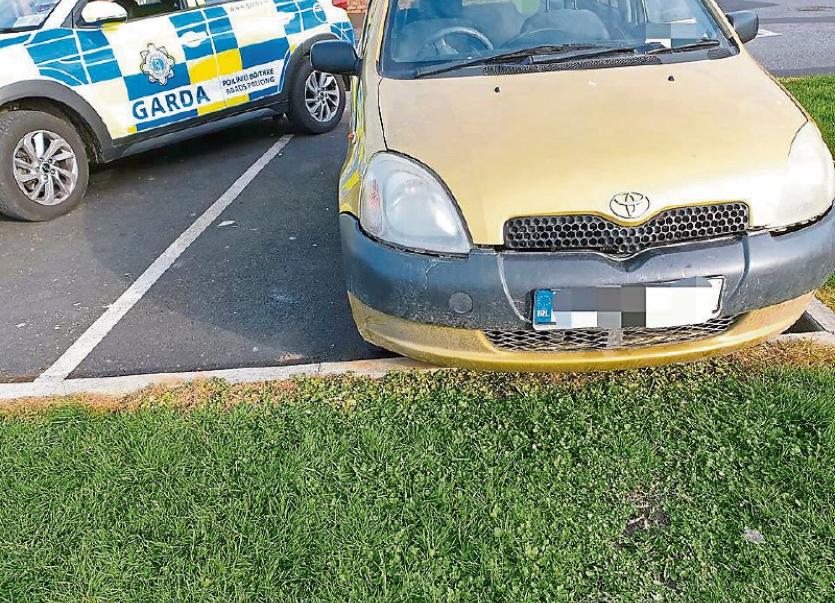 This car was seized in the Thomondgate area

GARDAI have confirmed that a number of cars have been seized across Limerick this bank holiday weekend.

In one incident on Holy Saturday, a Toyota Yaris was seized in the Thomondgate area after gardai were alerted to a vehicle which was being driven in a dangerous manner in residential area.

“Our roads policing members located the vehicle and seized it,” said a garda spokesperson who confirmed the driver was not insured.

In another incident on Holy Saturday a Toyota Avensis was seized by gardaí from Roxboro Road who were operating a Covid-19 checkpoint on the outskirts of the city.

The vehicle’s NCT has expired some time ago and, according to a garda spokesperson, the journey was not essential.

A significant number of cars have been seized across Limerick over the past two weeks after a variety of offences were detected.