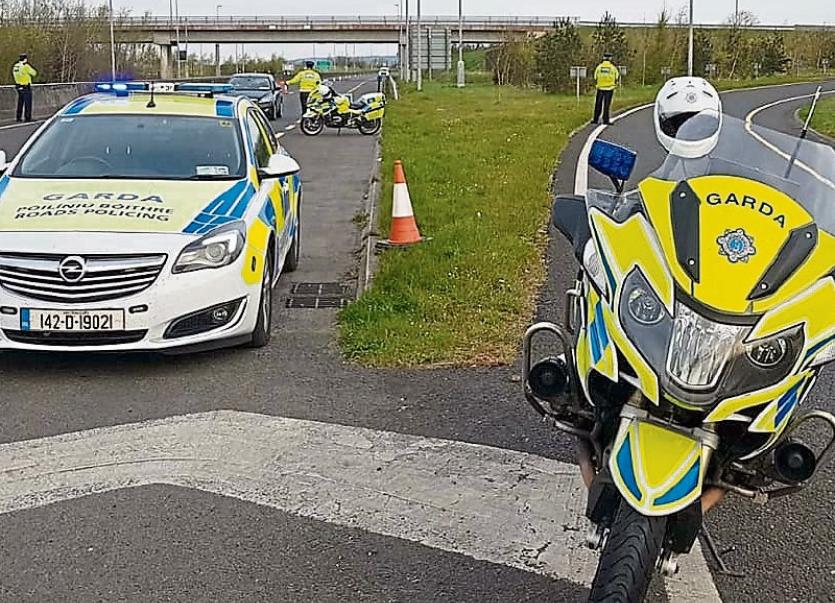 A Covid-19 checkpoint in Limerick

A MOTORIST who was stopped at a Covid-19 checkpoint told gardai he was travelling to Limerick to buy a trampoline, it has been revealed.

Details of the bizzare incident emerged on what is the first full day of Operation Fanacht since it was announced that the current public health restrictions are to remain in place until May 5.

Speaking at a checkpoint on the M1 in County Meath Deputy Commissioner John Twomey said the vast majority of people are adhering to the Covid-19 restrictions and are not travelling more than two kilometres from their homes this Easter weekend.

However, he said some people are continuing to go on long cycles while others are attempting to drive to the beaches and other beauty spots given the good weather.

Deputy Commissioner John Twomey speaking at a #OperationFanacht checkpoint this morning reassured the elderly and vulnerable that we are #HereToHelp.

We are working together to stop the spread of #Covid19. pic.twitter.com/rJ5z80MOTl

Gardai say they have encountered a number of people who were travelling excessive distances for shopping and they cited the incident of a man who was stopped while travelling from Tipperary to Limerick to buy a trampoline.

Gardai have not disclosed where that detection was made or what action was taken.

“My message to the general public is to stay at home, stay safe and do not venture out unless it is in accordance with one of the exceptions as provided for,” said Deputy Commissioner Twomey.