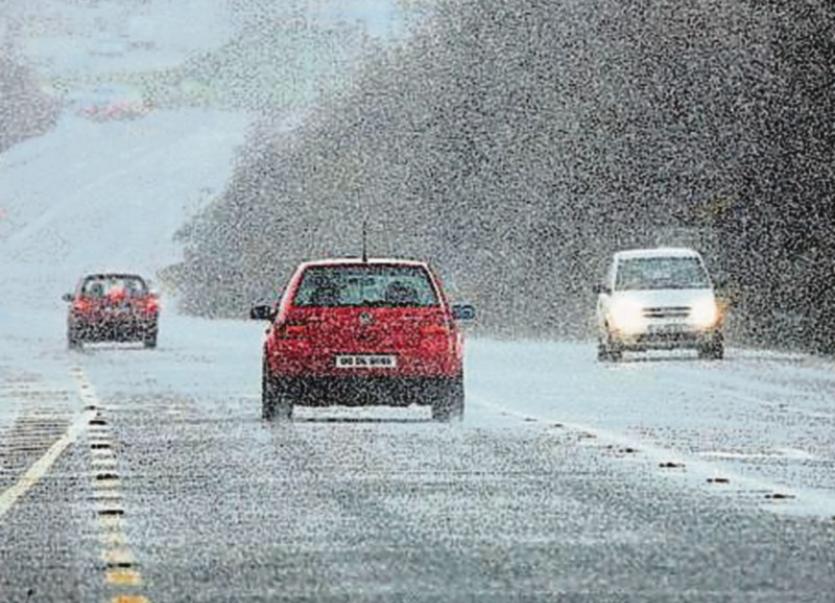 One warns of snow and ice while the second warns of temperatures dropping to as low as -4 degrees.

Scattered snow showers are likely in all areas but will be most frequent in Ulster and Connacht. 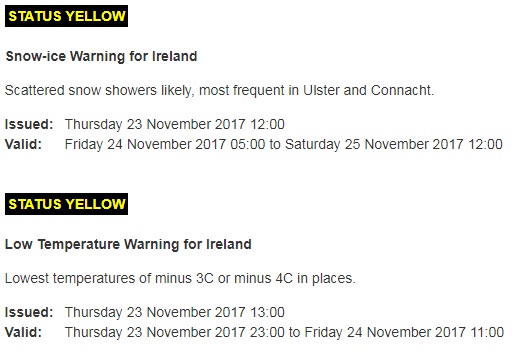 A spokesperson for Limerick City and County Council says it’s duty engineers monitor the Ice-cast daily to determine whether gritting is required.

“All routes covered under the winter road maintenance programme will be gritted this (Thursday) evening,” he confirmed.

Gardai are also appealing to motorists to excercise caution if driving over the coming days.