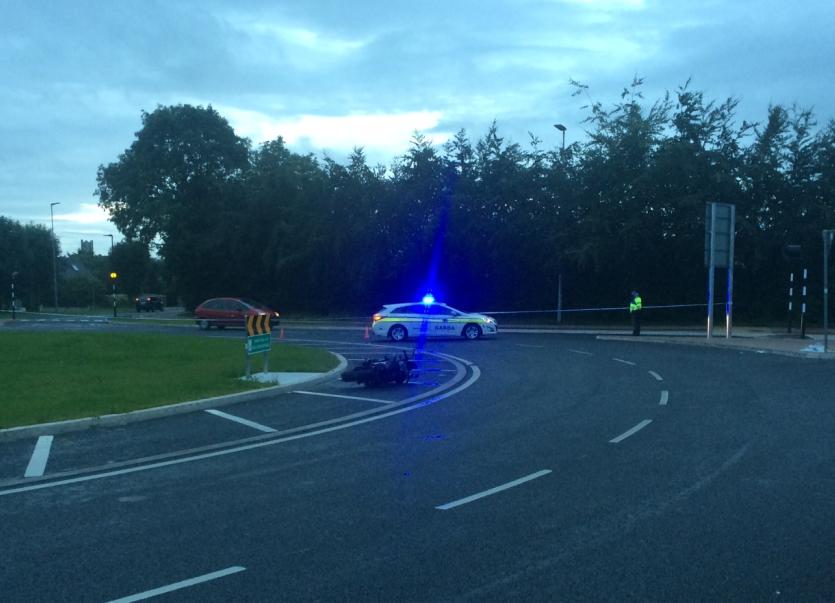 The scene of the accident at Quinn's Cross, Mungret - Picture: Michael Cowhey

Emergency services are at the scene of a serious road accident on the outskirts of Limerick city.

The collision involving a motorbike happened at Quinn's Cross Roundabout, Mungret shortly after 8pm this Saturday.

Gardai and ambulance personnel attended the scene of the collision and the road has been closed to traffic with the AA warning that diversions are in place.

LIMERICK: Quinn's Cross R/A is closed on all approaches due to a crash, diversions will be in place.https://t.co/C56x2eWL7G

It is understood at least one person has been seriously injured in the collision and that the road could be closed for some time.

An investigation is underway into the cause of the crash and motorists are being advised to avoid the area.

Separately, a young man was hospitalised following a road accident in Southill earlier on Saturday evening.

The man, who aged in his mid 20s, was driving a motorbike which collided with bollards at O'Malley Park.

He was initially treated by crews from Limerick Fire and Rescue Service before being taken to University Hospital Limerick for further treatment.

His condition is unknown.