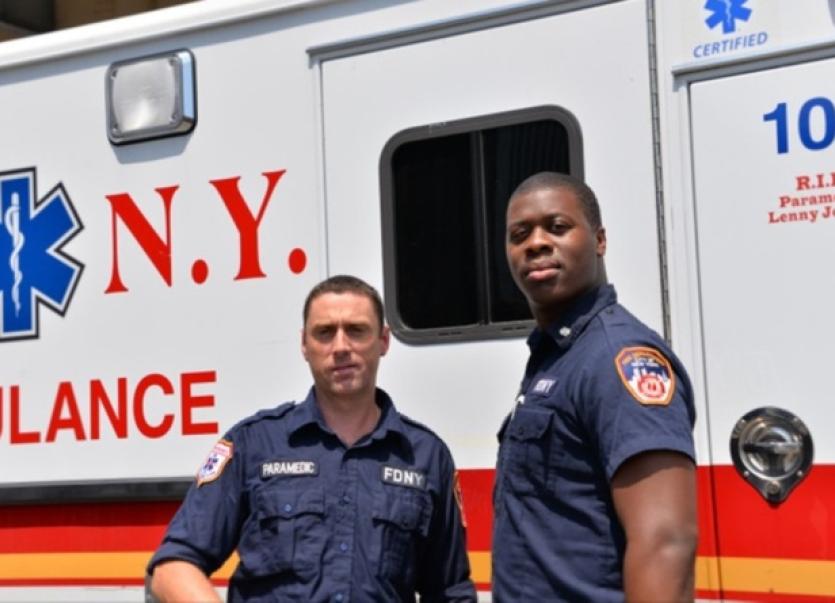 A NEW York paramedic who hails from Limerick has saved a woman’s live in a dramatic river rescue.

Niall O’Shaughnessy, a ten year veteran with the New York City Fire Department and his partner Moses Nelson, saved a woman from the turbulent waters of the Hudson River this Monday.

Mr O’Shaughnessy, who is originally from Limerick, dived into the tidal waters of the Hudson - known for its strong currents - to help bring a woman, believed to be in her 20s or 30s, to safety, after she was seen struggling in the water.

It is the second time he has been involved in a dramatic river rescue in New York, where he lives on Long Island.

After being called to the scene at Pier 25 in Manhattan this Monday, the paramedics found that members of the Parks Department had thrown a flotation device to the woman and were attempting to bring her to shore.

“I realized that she was exhausted and she was having a hard time handling the life ring properly,” said Niall. “I was worried she was about to go under water for good.”

The 38 year old brave paramedic then dived into the Hudson and swam to the woman, giving her assistance, while his partner co-ordinated the rescue from dry land.

“She was very nervous initially but I told her additional FDNY members were coming to help her,” said Niall.

His partner said: “As a Rescue Paramedic, we are trained for this. We shouldn’t be considered heroes, this is our job.”

After bringing the woman to shore, she was transferred to hospital, where she was described as being in a stable condition.

The Fire Department of New York tweeted on Monday: “This morning, Paramedics Nelson & O’Shaughnessy from #Manhattan #Station4 bravely removed a woman from the #Hudson.”

“He kicked off his boots, clipped off his radio and jumped in,” an FDNY spokesman said, describing the rescue.

“He saw her having an incredible amount of difficulty and his brain took over. All that mattered was rescuing her.”

The FDNY said this was the second rescue that Paramedic O’Shaughnessy has been involved in on the Hudson River. In August 2014, he also helped save a patient in cardiac arrest during the New York City Triathlon.

And also last year, he jumped onto a Manhattan subway track to save Mary Downey, an Irish woman who had become trapped between two train cars, a remarkable incident for which he and fellow Irish-born FDNY member, Sean Cummings, were later honoured at the inaugural Irish Echo First Responders Awards in October.