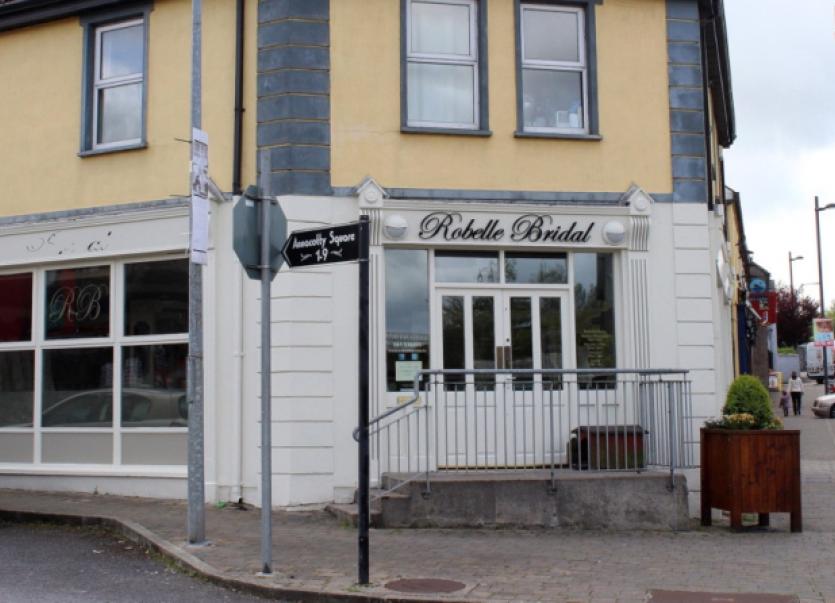 ANGRY and upset brides-to-be stormed a bridal store in Limerick this week after failing to receive the dresses they had ordered for their weddings.

ANGRY and upset brides-to-be stormed a bridal store in Limerick this week after failing to receive the dresses they had ordered for their weddings.

Robelle Bridal, which opened last December, has been under fire in recent weeks with brides from across the Mid-West calling gardai to the Annacotty shop, as they couldn’t receive the dresses they had ordered several months ago and paid for in part.

The Limerick Leader met with five brides outside the store this Monday, each of whom had paid some €800 to €900 in deposits for dresses for their big day.

However, despite repeated calls to the owner, Shirley Flanagan, 34, they have been unable to receive the dresses they ordered.

Her solicitor, Darach McCarthy, said he is not in a position to comment on her behalf, and the proprietor herself told this newspaper that the matter was with her solicitor.

Ms Flanagan was previously before Limerick District Court in March 2013 charged with five counts of deception and two charges of producing a forged certificate dating back to 2009 and 2010.

The court was told on that occasion that she had dishonestly induced five people to lodge money into her AIB bank account in Limerick, or pay her in cash, on the pretence that they would be issued with a valid insurance policy from Quinn Direct Insurance, with the intention of making gain for herself.

The defendant was due to lodge monies totalling €4,436 to her group policy with Quinn Direct to insure five foreign national taxi drivers, however this policy had been cancelled as no monies were paid into the account. Mr McCarthy was also her solicitor in that case.

This Monday lunchtime, Ms Flanagan sent a representative to the store to meet with one bride to receive a sample dress, rather than the specific one she had ordered.

A number of other brides, who were lying in wait, then stormed the store and claimed any dress that they could lay their hands on.

One bride managed to flee with three dresses, as she made her way to Henry Street station to file a complaint. But none of the dresses was the one she had ordered. As the brides attempted to grab any dress the man shouted at them to “f*** off” and locked the shop again.

“I contacted the designer of the dress [Sophia Tolli] in the UK this week. She told me that this store is not one of their stockists and hasn’t been for some time,” said one angry customer.

“I made my way up from Tralee this morning, after making an appointment with Shirley. She keeps making excuses. She says she’s with her solicitor and is afraid to come to the store because of death threats against her. My wedding is in September and I have no dress. I’m gutted, I’m sickened. It’s meant to be the biggest day of my life,” she told the Limerick Leader.

A second bride, from Oola, who is due to wed this August, said she too had ordered the same brand of dress and is “absolutely shocked” that this has happened before her big day.

A third bride, a 30 year-old from county Limerick, said: “I ordered my dress at the end of February. I saw some reports on Facebook last week, but when I contacted her she assured me that everything was fine, and that she was still taking orders. Her Facebook page is still being updated, and she’s looking for more orders. You would think butter wouldn’t melt if you met her.”

A fourth bride gave Ms Flanagan €1,000 and when she failed to receive the dress she wanted, she gave her a sample dress, but she too remains out of pocket and with a dress that won’t fit her.

“She cancelled every appointment I made with her,” she said.

All the brides said they were urged to pay their deposits in cash, rather than by credit card, to get a discount of several hundred euro. None of the brides wished for their names or full identities to be disclosed.

Gardai in both Henry Street and Castleconnell garda stations confirmed they have received a number of complaints, have taken several statements and would be investigating the matter fully.