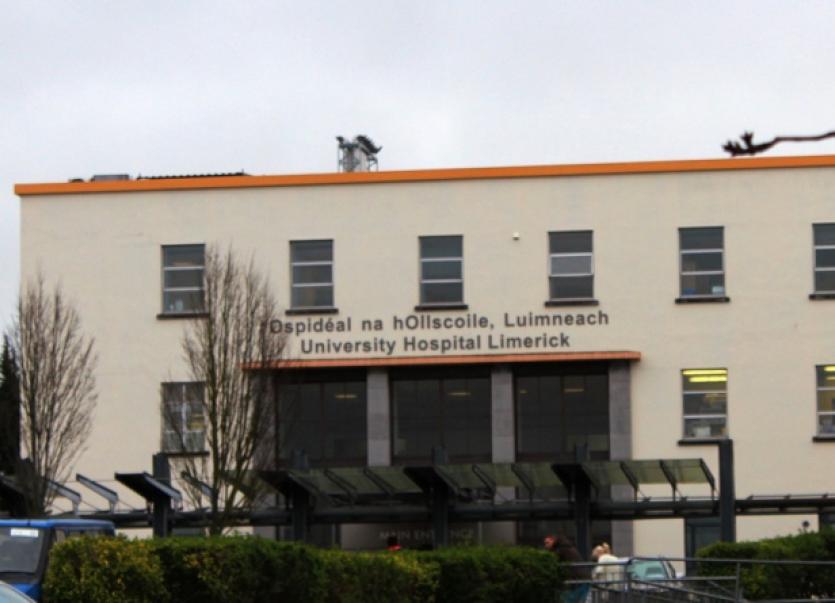 A NEW €16.5m six-storey building at the University Hospital Limerick is set to open on a “phased basis” in November.

A NEW €16.5m six-storey building at the University Hospital Limerick is set to open on a “phased basis” in November.

Reviewing the Leben Building during the week, Minister for Health Leo Varadkar, Minister for Finance Michael Noonan and Minister for Education Jan O’Sullivan were given a brief tour of the complex.

According to the UL Hospital Group CEO Colette Cowan, the ministers “were very impressed with the work to date”, adding that the new facility “will see much improved infrastructure for the delivery of care to patients” in the region.

The new premises will consist of a 24-bed neurology/stroke unit, a nine-bed cystic fibrosis adult inpatient unit, an outpatient cystic fibrosis unit, a dermatology unit, and a symptomatic breast unit.

The new building was developed by the HSE, in partnership with three charitable bodies, including TLC4CF, the Parkinson’s Association of Ireland through its regional branch, and the Mid-Western Hospitals Development Trust.

According to a spokesperson for the UL Hospitals Group, the Leben Building will free up bed capacity elsewhere in the Dooradoyle hospital.

Ms Cowan stated that the neurology/stroke unit and five beds in the cystic fibrosis unit will open from early November, with the rest of the units opening on a phased basis thereafter.

She stated this week that while the Leben Building will help free up “significant bed capacity”, the agreement of the reopening of a 25-bed inpatient ward in November will also help support activity levels in the emergency department at UHL.

Ms Cowan said that this ward is currently being refurbished, in order to bring in line with HIQA standards.

“Both of these measures should allow the hospital better manage any increases in admissions this winter,” she added.

According to daily figures released by the Irish Nurses and Midwives Organisation, the University Hospital Limerick has had the highest rate of overcrowding in the country, from Monday, September 14 to Wednesday, September 16.

Tuesday’s report saw 39 people on trolleys, while Wednesday’s figures found that 35 people were being treated on trolleys.