In Pictures: Two Limerick festivals team up for second year in a row 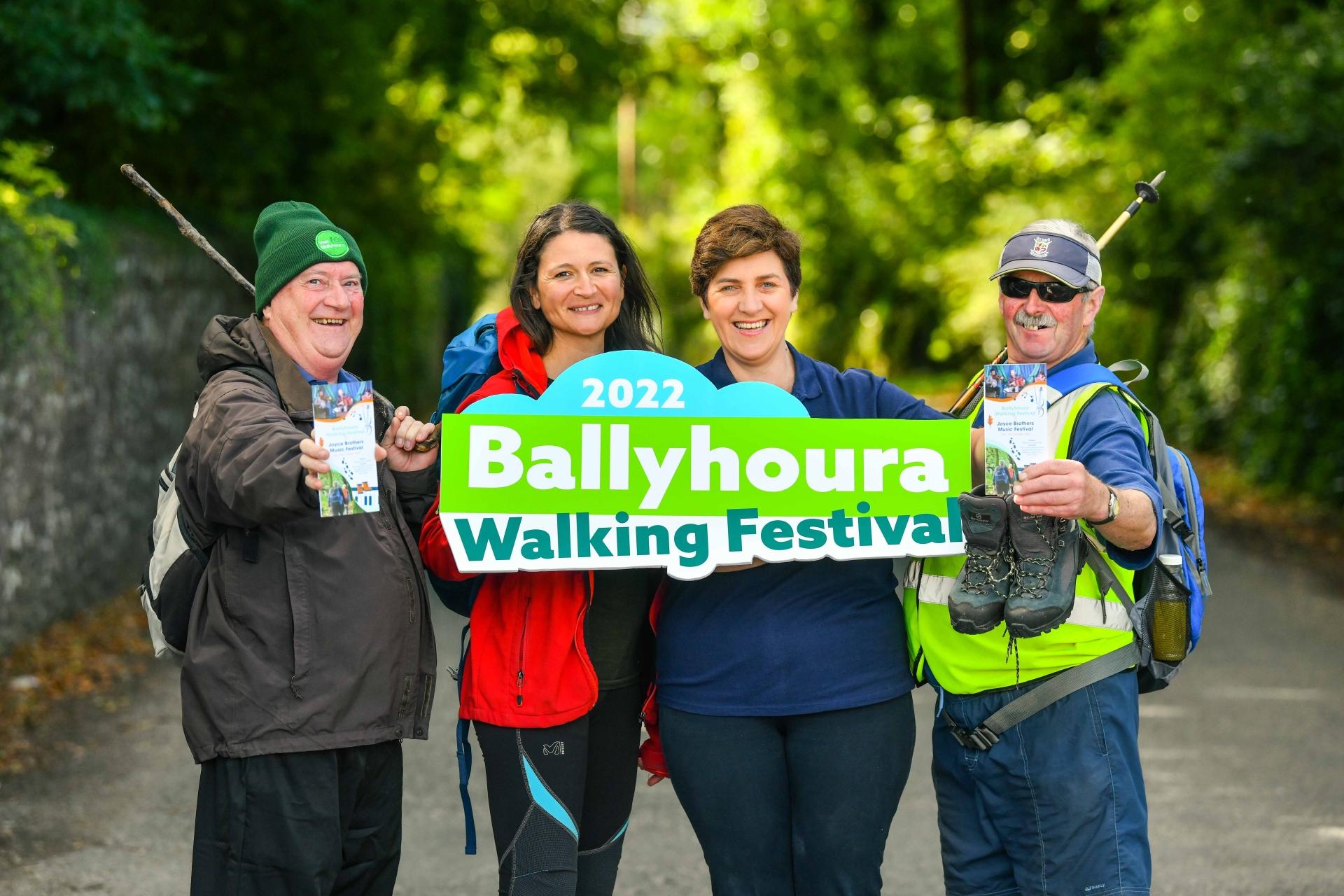 THE countdown is underway to the Ballyhoura Walking Festival which returns early next month and which, for the second year running, will be held in collaboration with the Joyce Brothers Music Festival.

Cllr Kieran O'Hanlon, deputy mayor of the city and county of Limerick, travelled to Kilfinane for the official launch of the festival which provides an opportunity for walkers to explore some of Ballyhoura Country’s stunning scenery.

Many of the walks are led by members of the Ballyhoura Bears Walking Club who have in-depth knowledge of the area and its heritage, history, flora and fauna–and they are suitable for all abilities.

Some of the walking programme’s highlights include the ever-popular Moonlight Walk to Castlegale on Friday evening, where you can embark on a nighttime journey through forest and woodland paths to the top of Carrighenry at the Limerick/Cork border. On the Saturday, the Sunrise Walk to Seefin (led by Britton Outdoors) will allow participants to catch the 7.45am sunrise at the summit of Ballyhoura’s highest mountain.

The Cultural Food Fair, organised by Kilfinane Community Council, also returns this year. while the Joyce Festival Gala Opening Night on Thursday, October 6 features a celebration of the history and life of the Joyce Brothers through music, song, dance, chat and the magic of Des Dillon and his puppets.