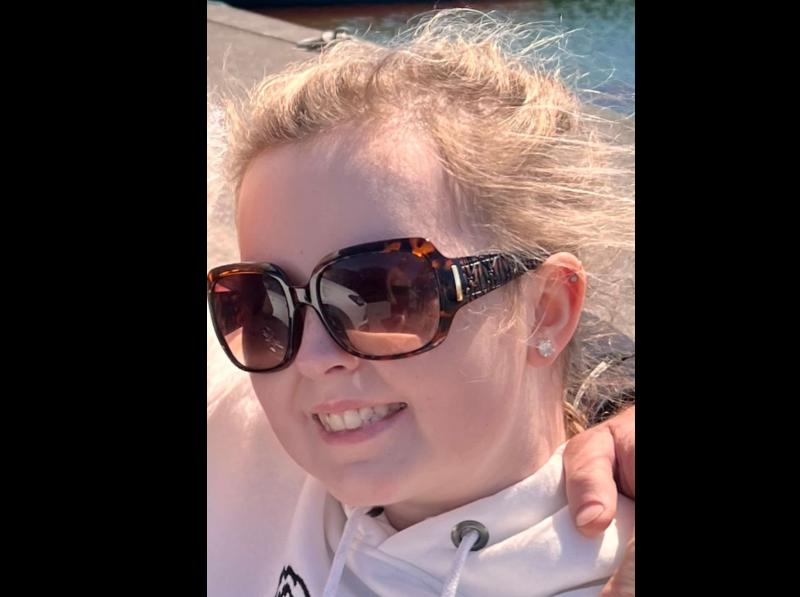 Lauren McGrath from Cappagh, County Limerick, who sadly passed away this week

"WE ARE losing a big part of us today," a brother said this Saturday at the funeral Mass of his beloved sister who had battled with illness for 13 years, but "always had a smile across her face".

Lauren McGrath passed away peacefully last Wednesday in the arms of her loving family at her home in Ballyvockoge, Cappagh, Askeaton. She was only 16.

Her brother Alan along with family and friends gathered together at St James’ Church, Cappagh, at noon this Saturday to remember the "gentle, caring, funny, brave girl" who lit up the lives of all those who knew her.

Lauren's father Niall told mourners of his daughter’s brave battle with illness. At the tender age of four Lauren had undergone a bone marrow transplant. She required the use of a wheelchair and her most recent battle, her battle with cancer, began in 2019.

Niall reminisced on how his beloved daughter loved to sing her favourite songs at Lough Derg. He shared stories of her fascination with tattoos, despite “none of the family having any.”

One day, when her favourite cousin returned home from Australia, the pair headed down to a tattoo parlour where Lauren got a tattoo of swallows which she “absolutely adored.”

“Resilience” and “determination” were the hallmarks of this teenager for close to 16 years, the congregation was told.

There were shared memories of Lauren’s deep love of Munster Rugby, and how she would often attend home games in Thomond Park, despite her prolonged illness.

“When a decision would go against Munster she would give out to her dad after hearing some colourful language." Devastated family and friends managed a heartwarming smile at the thought of it.

Some of the symbols of Lauren’s short but beautiful life were laid out on her coffin during the Mass. One was a blue garda hat, signifying her time as a little blue hero.

One of Lauren’s classmates, Hannah, sang a beautiful rendition of Jealous of the Angels, drawing tears from many of those present.

A family member paid tribute to Niall for the wonderful reflections he shared about his beloved Lauren.

“Your words created a very distinctive image of a beautiful person. Your reflections affirm a personality of cheeriness and joviality that was Lauren’s, even in the face of great illness."

A special tribute was paid to Lauren’s family and to all the medical personnel in Crumlin Hospital and University Hospital Limerick who looked after the Cappagh teenager "like she was one of their own."

“As I look down on you, her family, here in the front pew, the expression of tiredness and sadness on your faces has been developed in the dark room of sacrifice and massive prolonged and wholehearted dedication,” concluded the family member.

Lauren’s requiem Mass was followed by a private cremation.

Lauren will be forever loved and missed by her heartbroken mam June, dad Niall, brother Alan, grandmother Breda, aunts, uncles, cousins, neighbours and many friends. May she rest in peace.