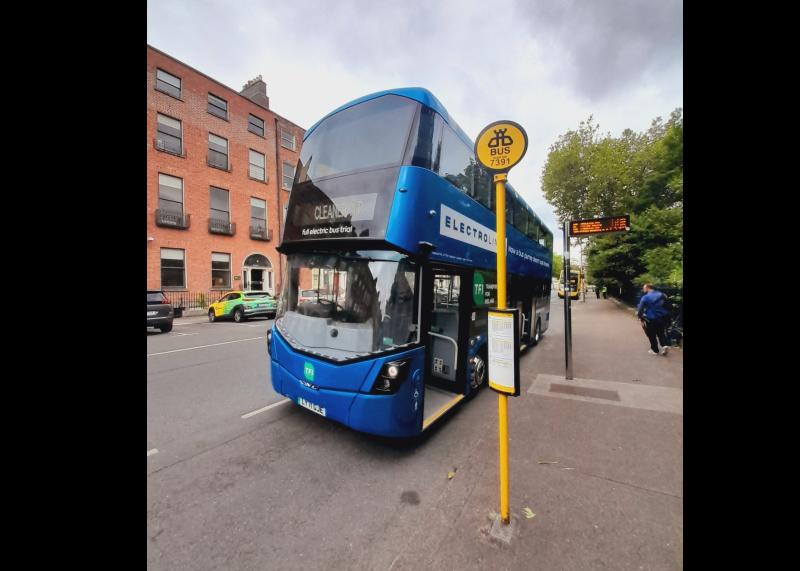 A FLEET of 20 new fully-electric buses are destined for Limerick as part of a new deal signed by the National Transport Authority (NTA).

Cleaner Air.
Today @TFIupdates signs the contract with @Wright_bus that will see 800 fully electric buses delivered across the country over the next 5 years #Transport #buses pic.twitter.com/k3qy7LiWhh

The five-year deal, which was signed today, will see 20 new fully-electric buses be brought into service by Bus Eireann in Limerick in the new year.

Brian Leddin, TD for Limerick city, confirmed what he described as “good news” for the Treaty City.

“This will result in cleaner air and quieter streets and lower greenhouse gas emissions, helping our city towards a 50% cut in transport related emissions by 2030,” he said.

The deal will also result in 100 new models destined for use by Dublin Bus in the next two years.

These will be the first battery-electric double-deck buses to be added to the national bus fleet in Ireland and their addition will deliver a significant uplift in the proportion of low- or zero-emission buses within that fleet.

The buses will operate with zero tailpipe-emissions, which will contribute to a substantial improvement in air quality in the cities and towns in which they are deployed.

This initial order for 120 buses represents an investment of some €80.4m

It was also confirmed that work will commence in installing and upgrading the necessary charging infrastructure to support the roll out of the new fleet across Dublin and Limerick.

"We are extremely proud of today's historic deal, which is hugely significant for Ireland’s decarbonisation ambitions and for us here at Wright Bus," Neil Collins, Wright Bus Managing Director said.