In Pictures: Out and About at the Ed Sheeran concert at Thomond Park 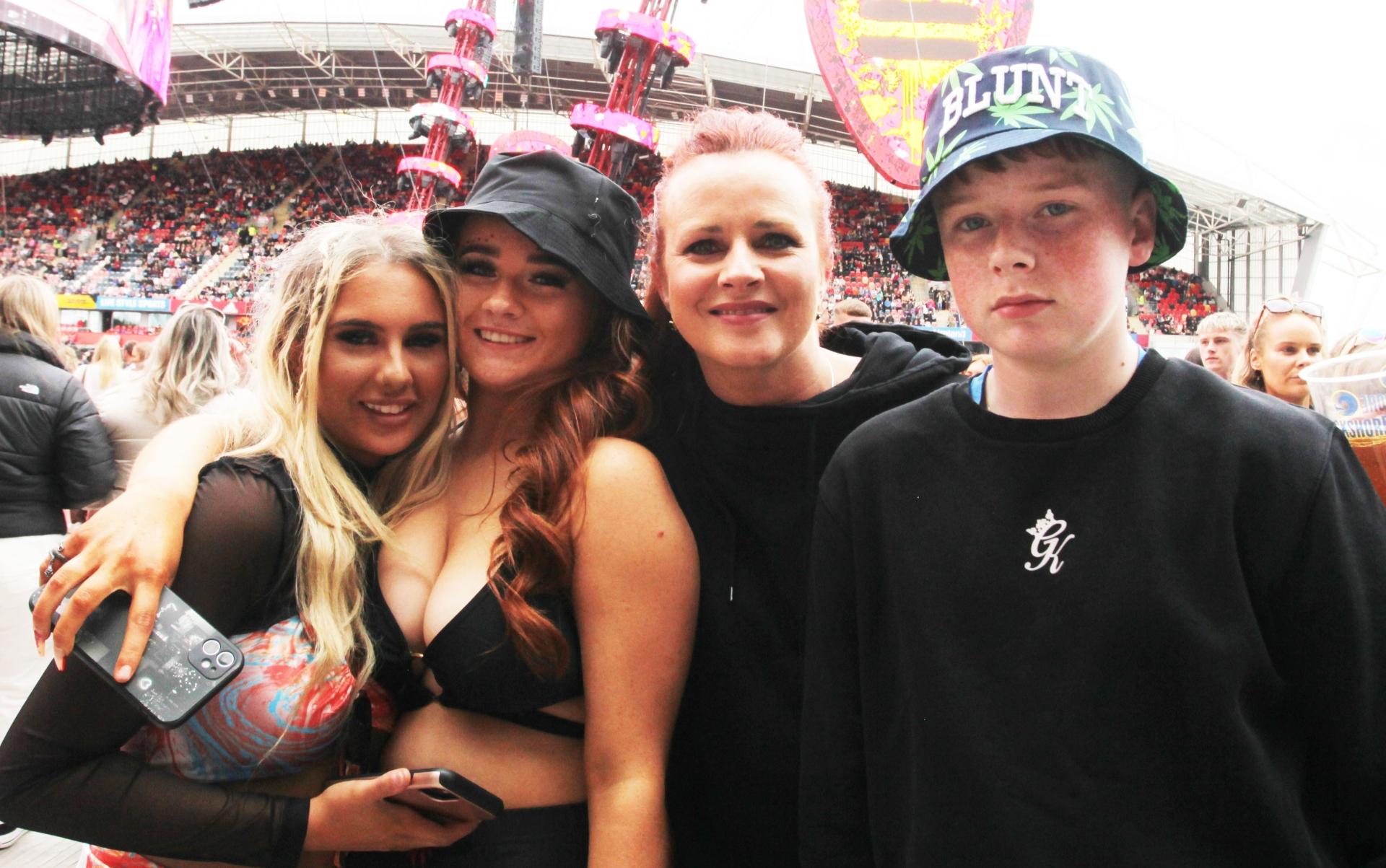 IF THERE was a roof on Thomond Park, Ed Sheeran would have blown it off last night.

Limerick's own Denise Chaila got the crowd going from the off and showed why she is one of Ireland's fastest-growing talents.

Next up, Maisie Peters may not have been a name known to the crowd beforehand, but by the end of her support slot she had them all behind her.

As the crew readied the stage for the main man, excitement started to grow and when a countdown clock appeared the crowd went wild.

Fashionably late, the chords of Tides, the opening track of his latest album, boomed through the stadium and Ed appeared.

From the first song until the last, Ed pounded his guitar with all the passion he could muster and the crowd loved every minute.

The Suffolk born singer made sure there was something for everyone during his two hour show, giving the casual fans a great night out and his diehard fans tracks they have been longing to hear live.

Some of the audience who only went along for the experience were surprised at just how many songs they knew and they showed their appreciation in force.

The 31 year-old got the crowd dancing with some of his biggest hits like Shivers, Castle on the Hill, Shape of You and Sing.

Meanwhile, he also provided the goods for fans with a more extensive knowledge of his back catalogue, performing songs from his No.6 Collaborations Project as well as a handful of album tracks.

It wasn't just the upbeat songs that got the crowd singing and dancing, there was a collective swaying motion through the whole stadium during the first dance favourites Thinking out Loud and Perfect.

He had the crowd singing at the tops of their voices with his rendition of The Parting Glass and the sweet Afterglow as the night started to come to a close.

There was still time for one last bop as the familiar tones of Shape of You rang out followed by the massive radio hit Bad Habits and one of his first major hits You Need Me, I Don't Need You.

It has been nine years since The Boss rocked the stage in Thomond Park, but last night Ed Sheeran proved that Limerick knows how to put on a show.