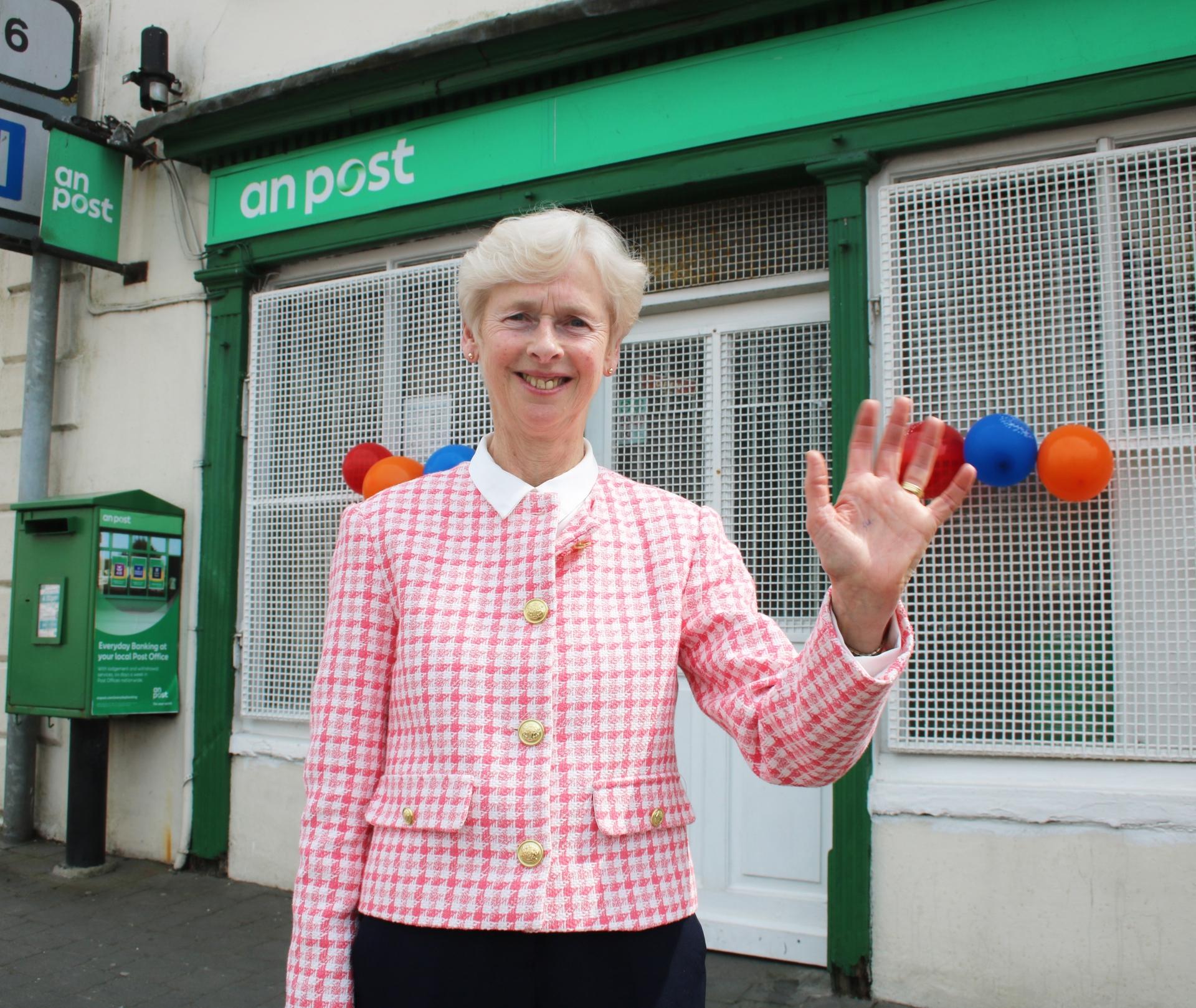 COMMUNITY leaders and loyal customers turned out in force in Croom last Friday as postmistress Ann Cagney retired after more than half-a-century serving the village and its hinterland.

“She will be missed,” said local resident Seamus Sheehan who was one of the dozens of well-wishers who dropped off cards or flowers at the post office which, for decades, has been a focal point in the village.

“I’ll miss the people, I will miss chatting and talking to them,” Ann told the Limerick Leader as she prepared to close the doors for the final time.

“I didn’t really see it as a job, I really enjoyed it,” she said adding she now hopes to travel with her husband, Martin, who also worked in the post office.

One of the last customers to be served by Ann was Stephen Moloney from Anhid – just outside the village.

“She is here over 50 years and I always found her very courteous and I couldn’t say a bad word about her and I hope they enjoy their retirement – we will miss them an awful lot,” he said.

The Croom woman, one of the youngest postmistresses ever appointed in Ireland, began working with her parents in the post office as a teenager in 1971 before being appointed to the role by An Post when she was aged just 22.

While the job itself hasn’t changed much over the past 50 years, Ann says the amount of paperwork required has reduced dramatically thanks to improvements in technology.

Ann married her husband, Martin, in August 1985 and the couple have two adult daughters. Emma works as a pharmacist at University Hospital Limerick while Jennifer is a primary school teacher at St Mary’s National School in Croom.

Padraig Broderick, who owns the local Spar at Main Street Croom has been awarded the franchise.

The new post office, which opened this Tuesday, has been incorporated into the Spar store which recently underwent a major extension and upgrade.

“It’s been a phenomenal achievement by Ann to be here for more than 50 years. I have really big shoes to fill but, I suppose, the biggest thing was to actually keep the post office in Croom. We were unfortunate to lose two banks, so we are delighted the post office is staying in Croom,” said Padraig.