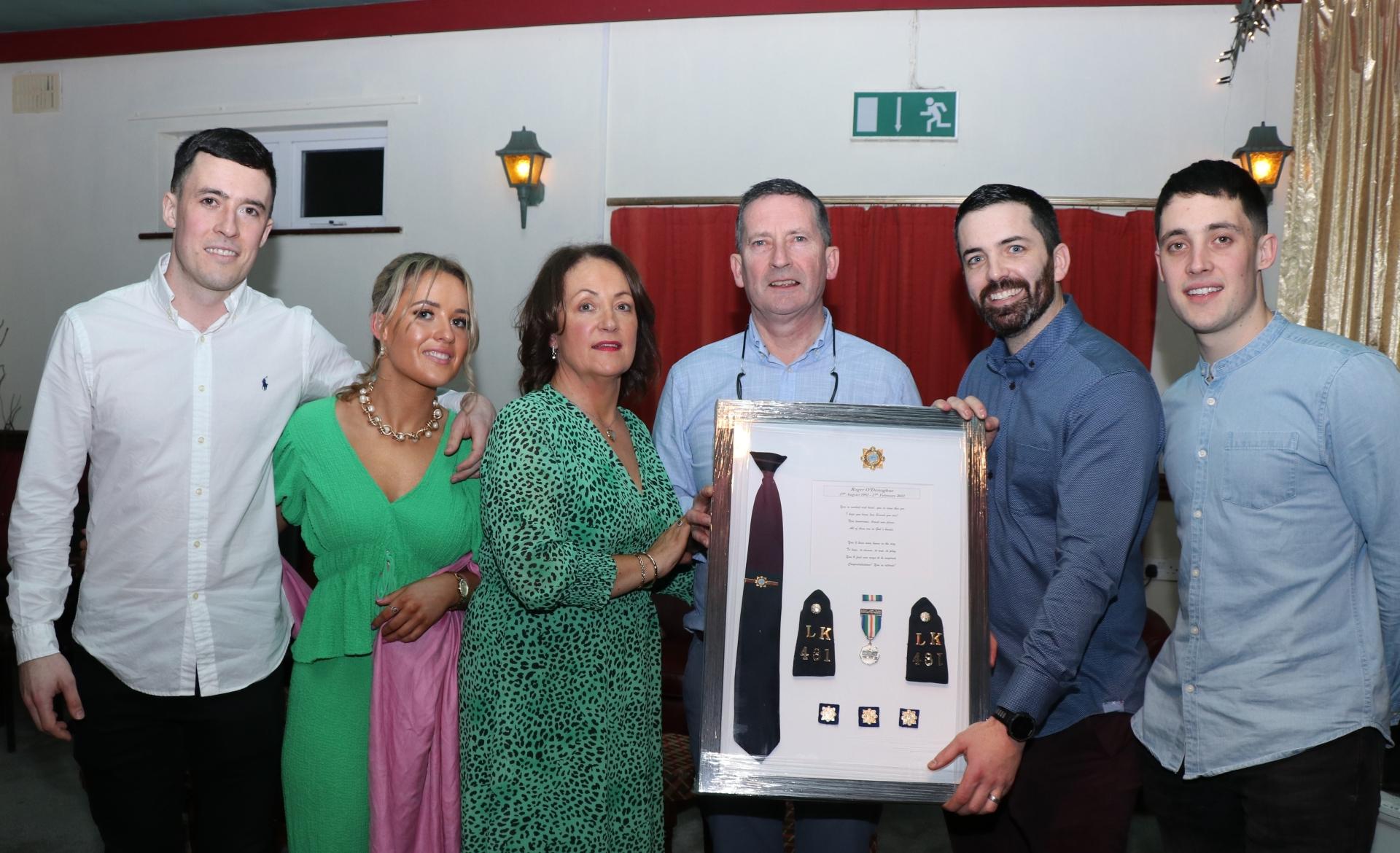 ROGER O’Donoghue, who served in the Limerick Garda Division for 29 of his 30 years in the force, has been bid a fond farewell by colleagues and friends.

He spent the last 18 years in Abbeyfeale. Newcastle West Superintendent Aileen Magner spoke of his retirement at a Joint Policing Committee meeting of the local municipal district.

Supt Magner said Roger’s retirement is an immense loss to not only his colleagues, but also to the community in which he worked so tirelessly and diligently until his last day wearing the garda uniform.

“Roger was the embodiment of what a community garda should be; his affable character, wit and immense knowledge as a garda, ensured that he was held in high esteem by all who knew him. I heartily wish Roger, Marie and the kids all the best for his retirement; there will be no better man to enjoy it,” said Supt Magner.

Originally from Firies, County Kerry, Mr O’Donoghue’s first post after graduating from Templemore was Pearse Street in Dublin in 1992. The following year he was transferred to Henry Street. After six years in the city he moved to Newcastle West. Five years later, in 2004, Mr O’Donoghue went further west to Abbeyfeale where he remained until his retirement. Married to Marie, they have three children - Elaine, James, and Shane.

At the Joint Policing Committee meeting, Cllr Francis Foley said Mr O’Donoghue was synonymous with the town of Abbeyfeale.

“He is not a Kerryman anymore, he’s an honorary Limerick man. He was a great garda with plenty of common sense. I wish himself, his wife and family all the best into the future,” said Cllr Foley.

Cllr Michael Collins wished to be associated with those comments.

Cathaoirleach of Newcastle West Municipal District, Cllr Liam Galvin said if ever there was a gentleman it was Mr O’Donoghue.

“He got along with everyone. He did a pile of work with Community Alert. Even when he was off duty he was on duty,” said Cllr Galvin, who also stressed how good the retiring garda was to the elderly members of the community.

On this theme, Cllr Foley said there was a Christmas party for the elderly three years ago.

“The party was in full swing when Roger got a phone call from a local lady who had seen something suspicious. He left straight away and went to her house. Even the fact she was able to ring him on his mobile. After he had spoken to her he came back to the party. He was well in with the people and everybody trusted him,” said Cllr Foley, who asked for a message of goodwill, on behalf of Newcastle West Municipal District, to be conveyed to Mr O’Donoghue.

A well-attended retirement function was held in the Railway Bar in Abbeyfeale to wish him well.