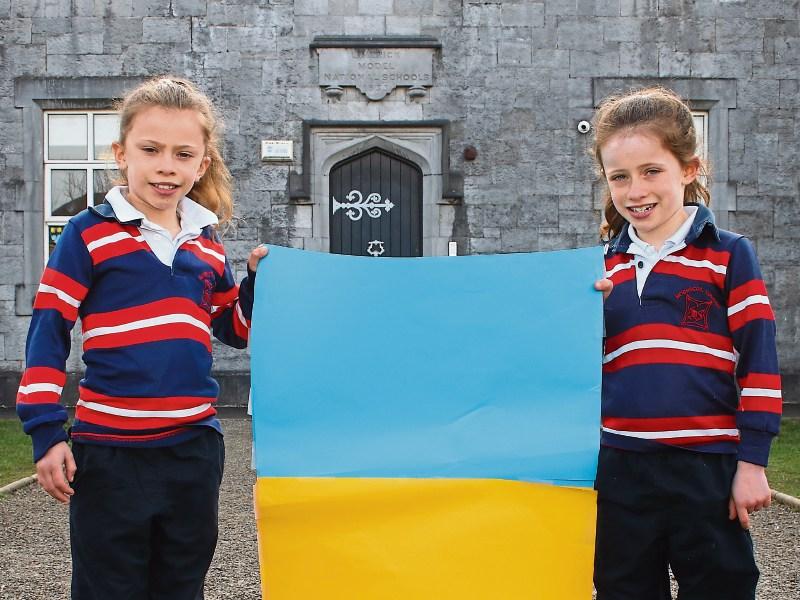 TWO Limerick schoolgirls have made a unique and heartwarming donation to the Ukrainian appeal.​

Mabel O’Toole, 8, donated the money she had been given from the tooth fairy to the rescue effort.

And her twin sister, Iris, put together all her loose change before sending a personal note in the hope that someone from the war-hit eastern European nation would see it,

The girls are students of the Model School in O’Connell Avenue, which like many in the city, organised a big donation to send to help the people of Ukraine, many of whom have had to flee following the invasion of their homeland.

In her note, Iris, who lives with her sister in Mungret, wrote: “I'm really sorry about the war. I'm not from Rusia [sic], I'm from Limreak [sic]. I hope most of you survive. The money I gave you was all of mine. Love Iris. Get better soon.”

The note, which Iris wrote on World Book Day, went viral, with many people across the world sharing it including the Ukranian MP Lesia Vasylenko.

An 8 year old child from Ireland supports #Ukraine. With real action. An example for to follow #StandWithUkraine pic.twitter.com/kq3AW52VXE

”I wrote it so I hoped they would write back to me, and we could be in touch,” said Iris.

Her sister Mabel added: “I feel like Putin is doing the wrong thing. It’s actually very unfair as the Ukraine has not done anything, and it’s just very very sad.”

Vice-principal Marie Millane hailed the twins as “two very generous girls”, and also praised the whole school community for the efforts they’ve made for Ukraine.

"We are overwhelmed, and so proud of our entire school community," she said, "We are very proud of all of our children. They all contributed hugely - the parents, the staff, the whole school community helped out to bring supplies, blankets, nappies, things which people will really need."

Pictured below, students of the Model School with some of their collection for Ukraine

Iris said she is "kind of happy" to hear about how her note has spread around the world. 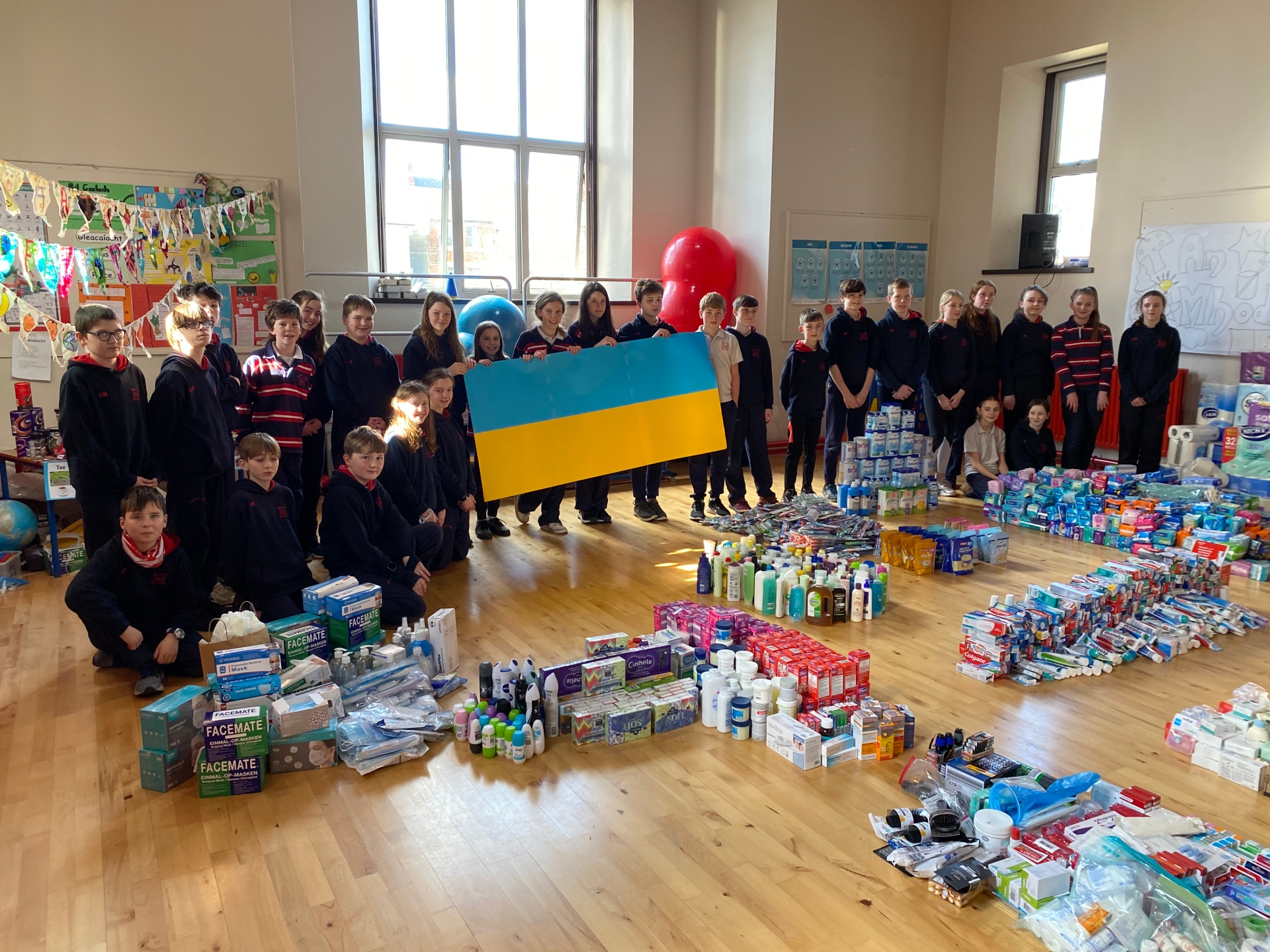 Ms Millane added: "Iris's letter seemed to strike a chord with a lot of people because it was a very sincere letter from such a young pupil".