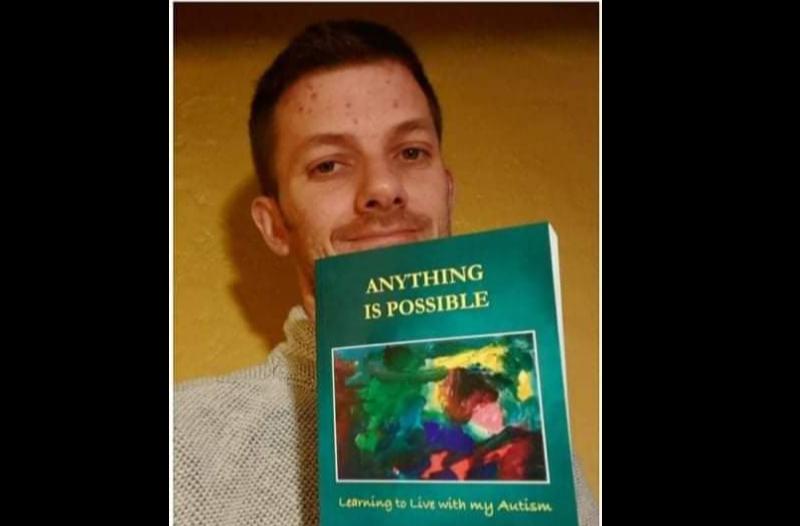 Nicholas Ryan-Purcell has told his story to staff and students at several Limerick universities, as described in his new book.

A YOUNG man living with Autism Spectrum Disorder (ASD) wants to show the world that anything is possible if you push through the barriers society sets for you.

Nicholas Ryan-Purcell, from Emly, Tipperary has put his life story on paper, telling of how he was diagnosed with Asperger Syndrome at 13 years of age.

The 230-page book also delves into a period of depression and mental health challenges he faced, overcoming it all by graduating from a film course in Dublin, as well as becoming an award-winning filmmaker.

“Autism to me means I am slightly different to others,” he told the Limerick Leader.

Nicholas’ story first came to the public sphere in 2018, when he released his documentary ‘This is Nicholas: Living with Autism.’ It featured across 28 Irish cinemas, including the Omniplex in Limerick.

This 60-minute documentary detailing the difficulties of living with ASD won several awards, from the UK and the USA.

The advantage to his autism, he stated, is the ability to focus in on one particular field. His way of releasing frustration, he said, is through a rapid movement of the hands, known as “stimming.”

Celia Holman Lee has her say on new Garda uniform

For as long as he can remember, this natural action of his has drawn unkind comments from others. Growing up, he was bullied by people who he said, “did not know me.”

Through ‘Anything Is Possible’ Nicholas is looking to break past common misconceptions around autism. His way of trying to create understanding, is by helping society to be more inclusive.

“In my opinion, praise from others always helped me fit in when I was younger. Praise diffused negative thoughts which felt like warm air filling within and thus making me feel secure" he said.

Being asked how his day was going contributed to his overall performance in school.

“Asking the person on the spectrum if they wish to join in an activity also contributes to society being more inclusive,” he admitted.

Another hinderance, he described, was employers not wanting to hire people with ASD, for fear that they may have poor communication skills.

Writing the book has been a “healer in itself” and has helped Nicholas with his “chronic overthinking, brought on by depression" to ease.

Since the relaxation of Covid restrictions, Nicholas has given talks to the School of Education and Speech and Language Therapy Departments at UL and MIC, to tell his story.

Pick up a copy of Anything is Possible – Learning to Live with my Autism at the Crescent Bookshop in Limerick.