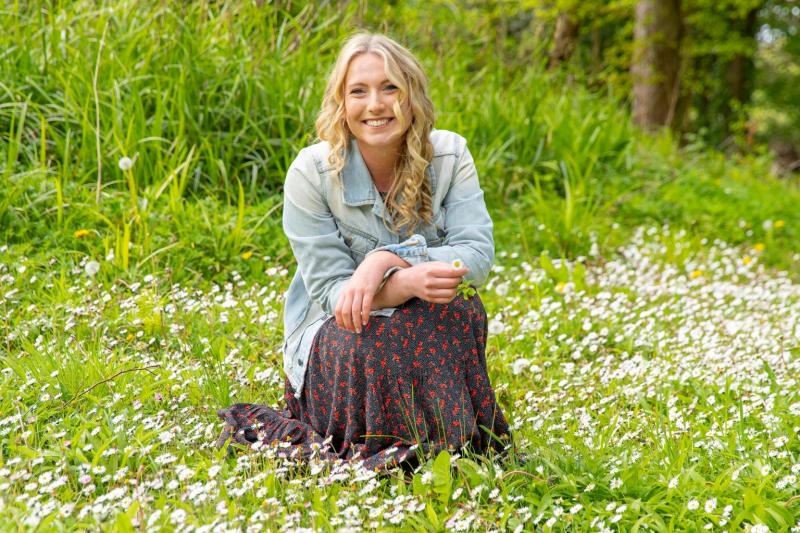 COUNTY Limerick is set to feature in a new RTÉ show that celebrates Ireland's rich biodiversity.

Faoi Bhláth is a new show presented by Aedín Ní Thiarnaigh in which she will travel around the country to investigate and celebrate our wildflowers and their uses in cookery, medicine and craft.

County Limerick features in a number of episodes throughout the thirteen-part series, with Aedín visiting Foynes-based doctor Dr Frieda Ní Chatháin in her walled gardens at Mount Trenchard.

Dr Frieda shares her expertise on the medicinal uses of wildflowers such as violets, wild garlic and apple blossoms.

Aedín is no stranger to Limerick, her father Colm O’Tiarnaigh hails from Farranshone, where Aedín’s grandparents Gearóid and Jean O’ Tiarnaigh still live.

Tá sé in am don rún a sceitheadh!

Gearóid is a former principal of St Patrick’s Primary School and Jean is known for her Montessori PlayGroup which operated from Farranshone for many years and for her work as a docent with the Hunt Museum.

Aedín graduated from UL in 2018 and she has since returned there to work as a tutor in the Irish department.

The presenter also spent a number of years working with Live95 where she worked as a researcher for the Limerick Today Show and as an on-air presenter.

Faoi Bhláth will begin this Monday, February 14 on RTÉ One and the RTÉ Plater at 7.30pm.