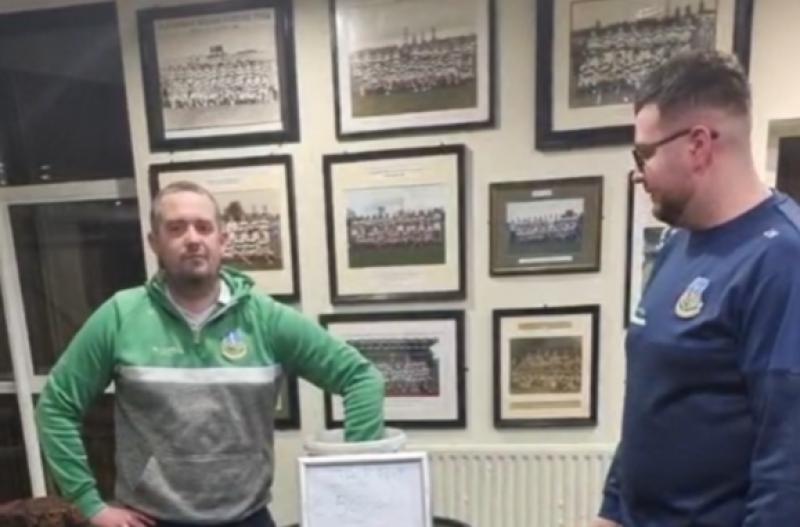 THEY SAY lightning doesn't strike twice but it does in Limerick sporting circles!

For the second time in a matter of weeks a clubman has drawn the ticket with his own name on it.

First up in December was President of Shannon RFC Mick McLoughlin picking the winner of a car in their Christmas draw. The random number generated was his own.

And now Claughaun GAA Club is home to a homegrown winner. Presenting the split the pot live on Facebook on Monday evening was newly elected treasurer, Jack Wallace.

The assistant treasurer, Danny Roche, had a good rummage around before picking out the winning ticket for a €250 cash prize. He passed it to Jack who, with a laugh, announced it was none other than Danny himself.

Danny was on a roll as the next ticket he pulled out was the man behind the camera and Claughaun GAA PRO Keith Quinn. As a lucky dip winner Keith gains free entry to the next split the bucket.

Speaking to the Leader this Tuesday, Jack said his phone has been lighting up more than normal.

"I've got a few messages and phone calls saying, 'Ye’re only doing it for two weeks and ye’re already pulling ye're own names out!' I took over as treasurer at the start of January and Danny is the assistant treasurer," laughed Jack, who enjoyed the look of "shock" on Danny's face.

"It is just fluke. It is a bit of fun anyway to start the year. It's never happened before that one of the lads pulled their own  name out. There might have been a spouse or a child but not themselves," continued Jack

Claughaun GAA can do with a laugh and the financial support more than most clubs after they were broken into into last year. There was a lot of damage caused on top of thousands of euros worth of gym equipment being stolen.

Thieves use angle grinder to break into Limerick GAA club

Jack stressed the importance of fundraising draws like split the pot.

"Especially with Covid trying to get the cash flow back with all the restrictions and the pub being closed," he said.