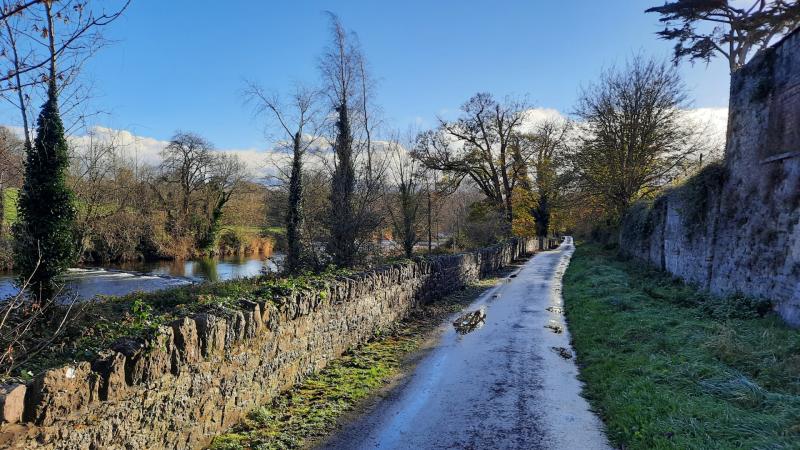 LIMERICK City and County Council has announced a popular riverside walk in County Limerick is to close to the public for the next three months.

The temporary closure, from Monday, of the Riverside Walkway in Croom is to facilitate significant resurfacing and landscape works.

Just before Christmas it was announced that €198,000 had been allocated for the works which will take place along the full length of the walkway which stretches along the old Cork Road from Croom Mill to Islanmore/Ahnid.

Some of the funds will also be used to improve connectivity to and from the adjacent Cois Sruthain housing estate in the form of a new access ramp and public lighting infrastructure.

In a public notice, the local authority, says the works are due to continue until Friday, April 29.

The project is being funded by the Department of Rural and Community Development under the Outdoor Recreation Infrastructure Scheme.