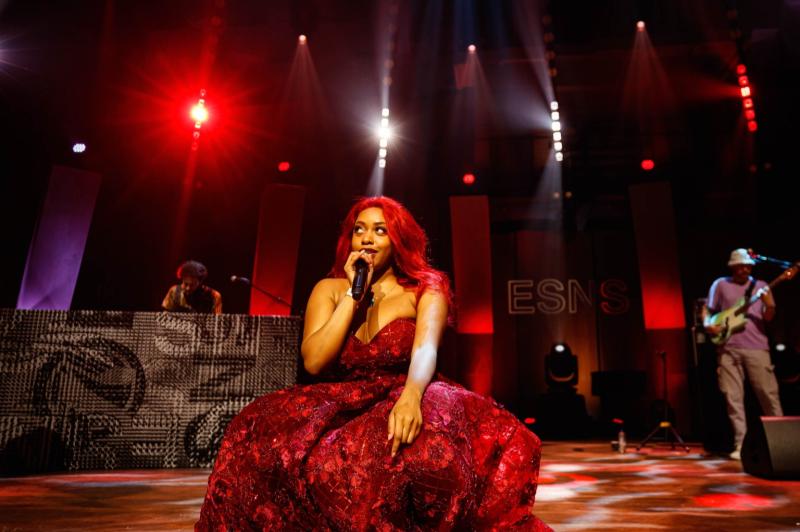 LIMERICK'S Denise Chaila says she is "in bits" after winning a European Music Award.

I won a Music Moves Europe Award for Ireland tonight!!!

Proud to report I’m in bits

The judges described Chaila as having “Smart lyrics, a real passion and strength when performing. One of the most exciting artists on this year“.

The awards are part of a larger festival taking place during which 10 Irish artists will be showcased.

As well as the award, Denise gets to take home €10,000 and each nominee is also offered the opportunity to attend a training day at ESNS to further their skills at taking their career International.

In light of Denise winning the renowned award, the odds on the singer winning a Grammy in the next three years have been slashed.

Sarah Kinsella, spokesperson for BoyleSports said: “Support is growing for Denise Chaila to land a Grammy in the future after the rising star was recognised at the prestigious Music Moves Europe Awards.

"The annual awards show, which is supported by the European Union, celebrates emerging artists in contemporary music across the continent with Chaila now 8/1 from 16/1 to bag a Grammy by the end of 2025.”