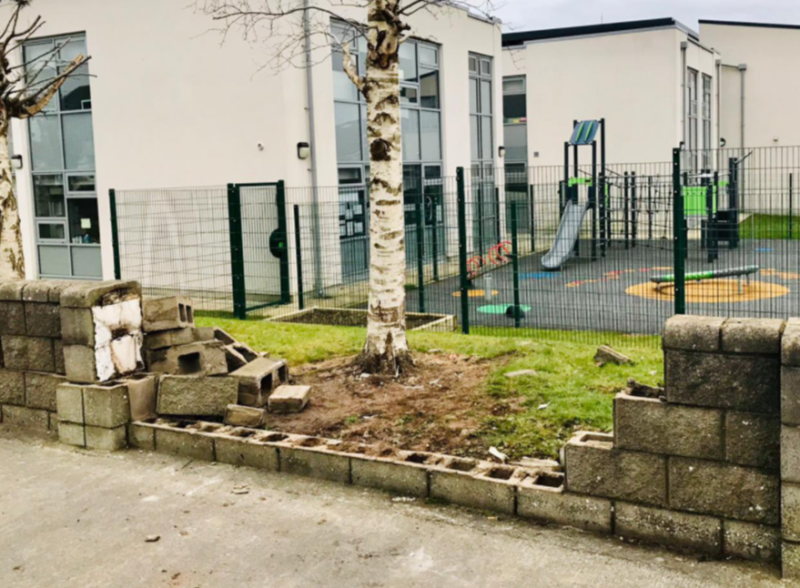 CONCERNS have been raised after a car crashed into a wall outside a Limerick primary school last week.

A car hit a wall outside St Paul's National School in Dooradoyle last Friday - just before classes finished for the day.

The school have confirmed that no one was injured in the incident and work on repairing the wall has already started.

The car mounted the footpath and knocked down a portion of the wall just beside the school gates.

Locals and concerned parents have highlighted in the past how they feel the street outside the school is unsafe, especially for pedestrians and cyclists.

Springfield Drive runs alongside the school and leads into a residential area that ends in a cul-de-sac.

Limerick motorists urged not to 'idle' when parked up

Local councillor Daniel Butler said that while there is a large amount of traffic during school drop off and collection times, there isn't a massive amount of vehicles using the cul-de-sac.

"There is no history of accidents in that spot and I am actually surprised as to how it happened as it is an unusual place.

"The road is busy with kids being dropped off and collected at St Paul's and also St Gabriel's at peak times, it is also a busy place for pedestrians and cyclists.

"I am not aware of any issues besides the normal traffic. If there is any issue with that area it would be with people parking on that road to go to the hospital".

Gardai confirmed they are making enquiries into the incident.

In a statement they said: "Gardaí and emergency services attended the scene of a single vehicle collision which occurred on Springfield Drive in Dooradoyle, Co. Limerick on the afternoon of Friday the 14th January 2022.

"The vehicle involved was a car. No injuries reported.  Enquiries are ongoing."