Limerick continues to celebrate its strength as a Fairtrade city 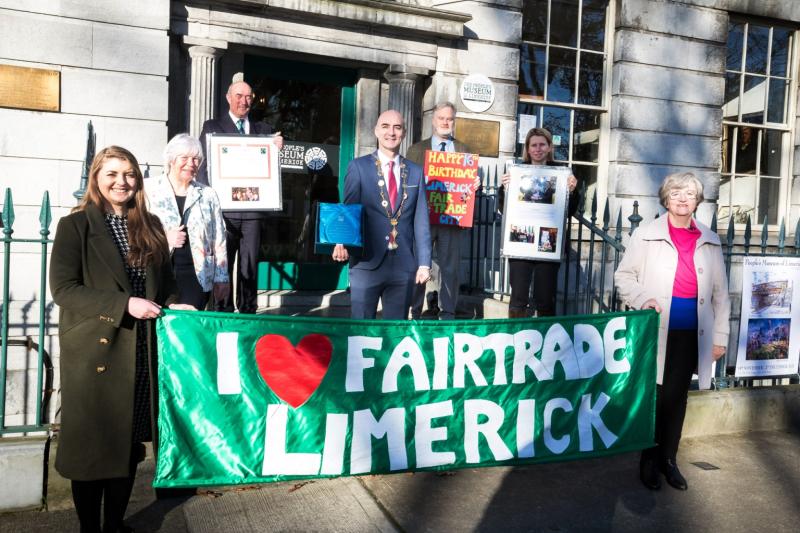 LIMERICK’s link with farmers in developing nations has been commemorated through a presentation marking the city’s 16th year as a Fairtrade city.

To celebrate, a number of Fairtrade objects, have been presented to the People’s Museum by Mayor of the City and County of Limerick< Cllr Daniel Butler. 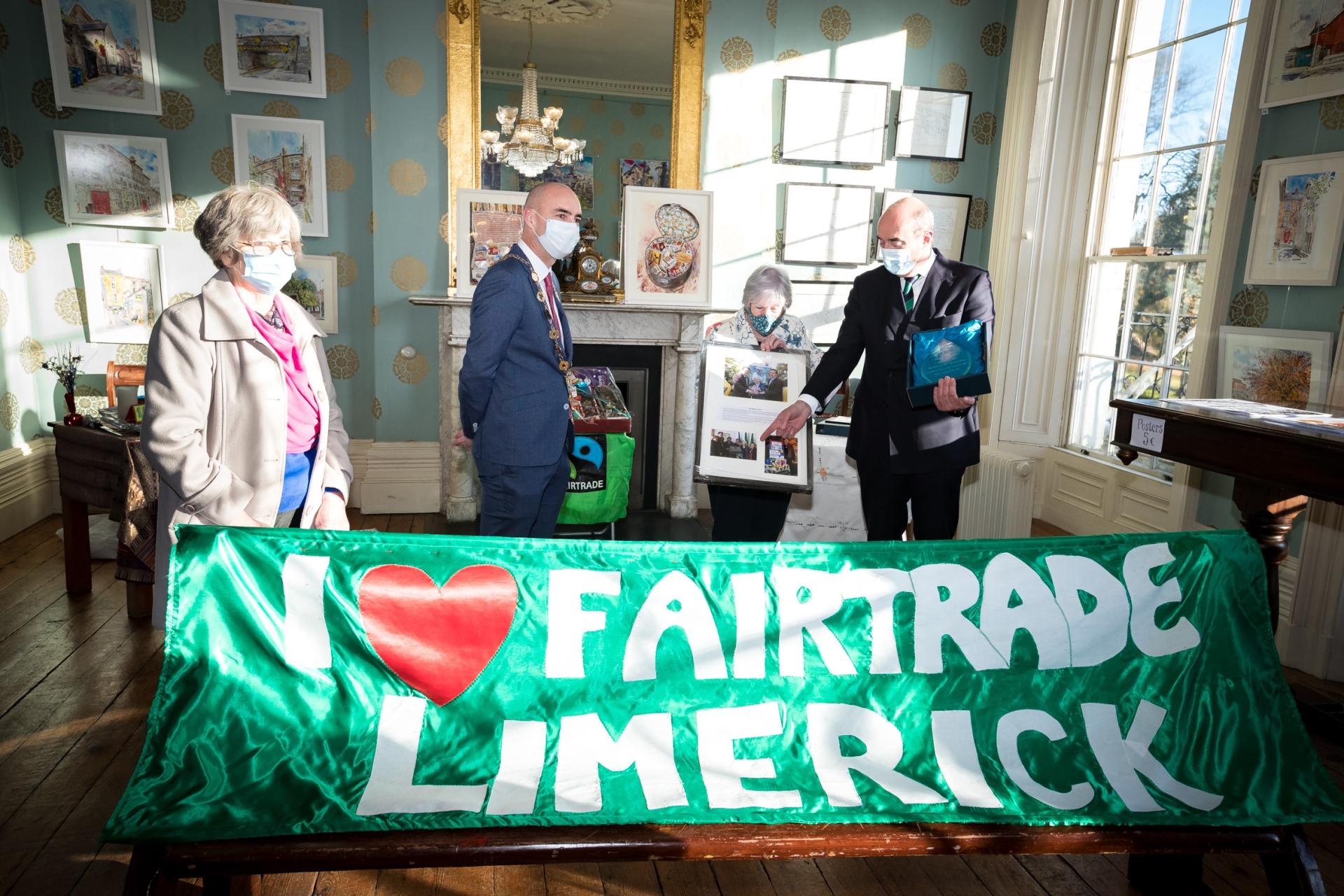 Mayor Daniel Butler said: “Limerick City’s journey to be a Fairtrade City was started by Sr Rosetta and her team and it is fitting that one of these items is an award which was presented to her by Fairtrade Ireland to honour her efforts on behalf of Fairtrade.”

Limerick city was awarded status as a Fairtrade City in 2005 thanks to the concerted efforts of local people, demonstrating a commitment to supporting a fairer trading system with developing countries.

The Fairtrade programme includes 1.7 million producers, farmers and workers spread across more than 75 countries ,with sales in 2017 reaching US$9.2 billion.

It ensures that producers in developing countries receive a fair price for their products. A minimum price for negotiations between producer and purchaser is set in order to ensure the producers are guaranteed a sustainable business.

Chair of Fairtrade Limerick Dolores O'Meara said: “The need for Fairtrade is ongoing and we, in Limerick, can play our part in two ways: firstly, by remembering to buy Fairtrade items when we shop and also, by playing our part in combatting climate change.” 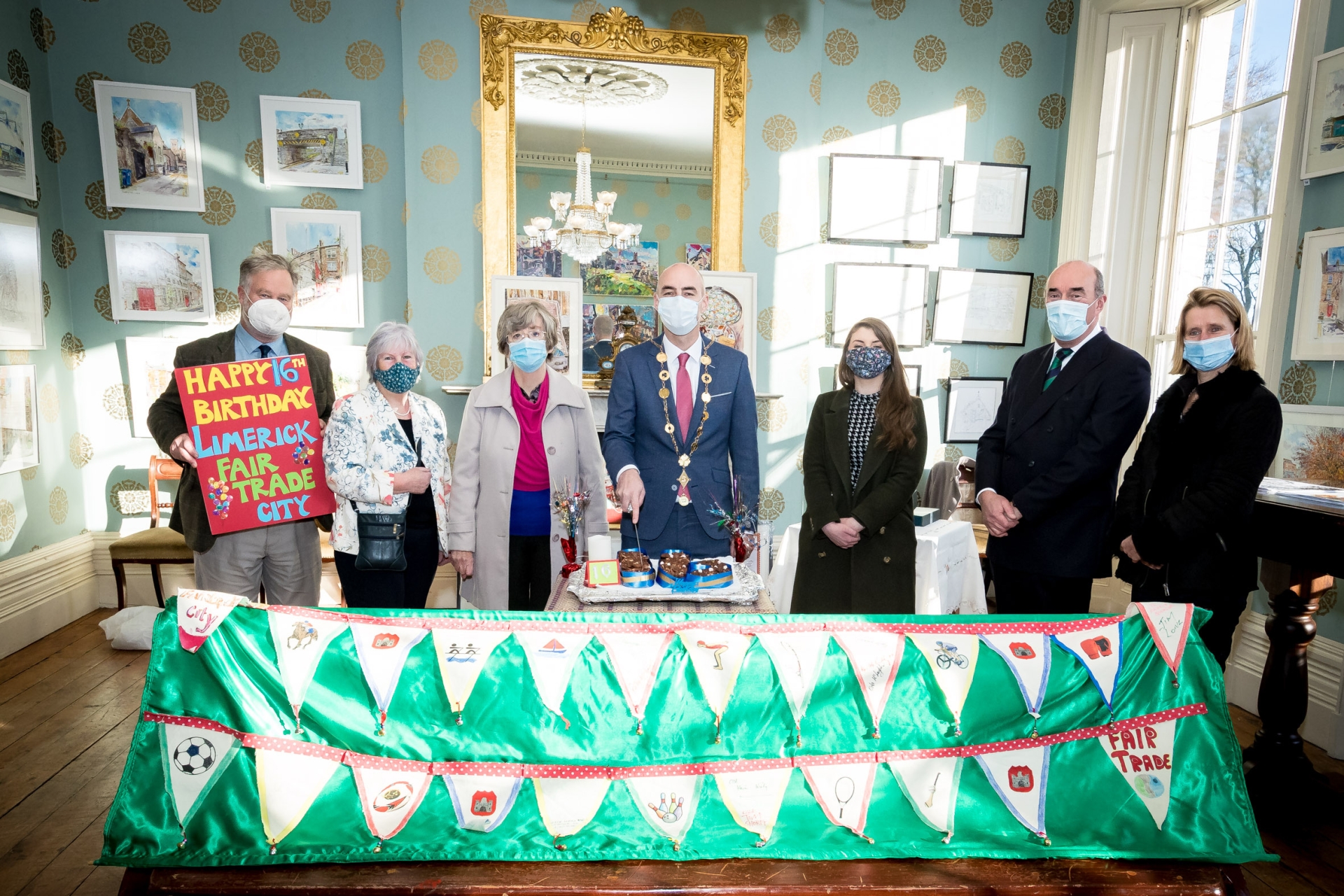 The People’s Museum of Limerick staff member Meadhbh Nolan added that as a relatively new museum, it has been a tough two years but promoting Limerick’s history is vital to the core of its philosophy.

“Choosing Fairtrade means that you care how the product was produced, who produced it and what benefit they get. Fairtrade encourages us to look behind the brands, the messages and get to the real story behind the product."