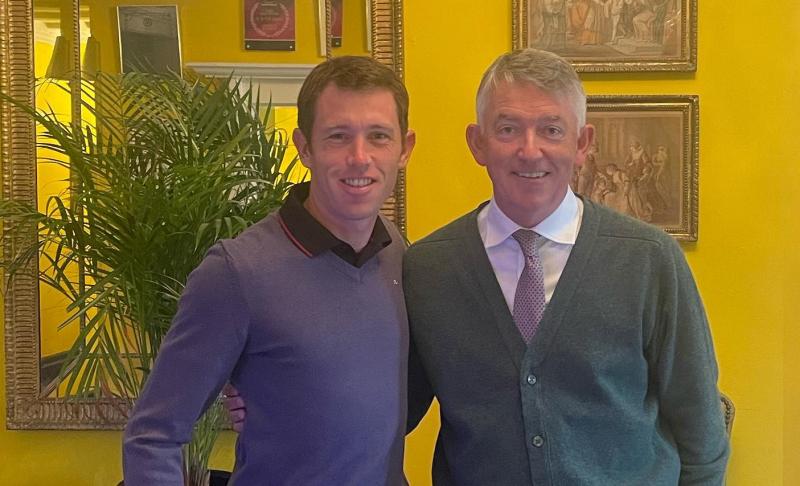 LOCALS in one County Limerick village enjoyed a golden moment when an Olympic gold medalist dropped by for a few rounds of golf.

The Dunraven Arms in Adare played host to British showjumper Scott Brash, 35, as he set out for the course at the Adare Manor resort and Ballybunion in the hope of sinking a few putts with his close friend, retired Irish National Hunt jockey Paul Carberry.

“There was a great buzz about the place when he arrived on Monday, being an Olympic gold medalist for Team Great Britain. He is just the nicest chap in the world, a good golfer and a lovely man who is at the top of his game,” said hotel owner Louis Murphy, who is no stranger to welcoming royalty and even movie stars at the four star establishment.

Mr. Murphy added: “They were absolutely blown away by the course at the Manor. He had played the back nine there two years ago at a wedding and so was already familiar.

“Just the fact that the Ryder Cup was on in the States last week and is coming here in 2027, meant he was just so excited to play it.

“The JP McManus Pro-Am is on next year and the Ryder Cup is coming, which is going to be great for Ireland and great for Limerick. There is already a buzz around the place for it,” he concluded.