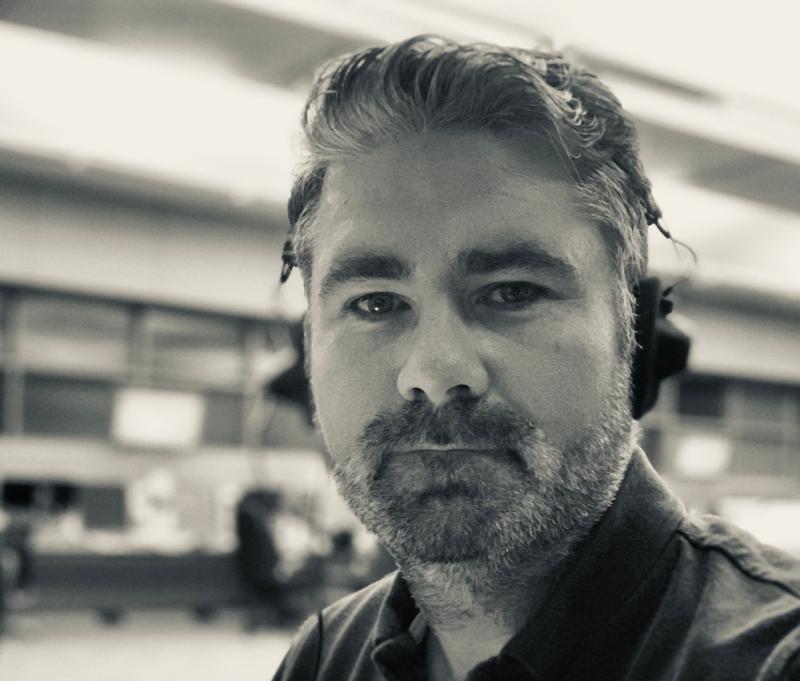 THE team at the Irish Aviation Authority Control Centre is responsible for managing the safe passage of over 1,000 aircraft flying to and from the USA into Irish airspace for their destinations in Ireland, UK, Europe and Asia. They arrive in Irish Airspace from 3am and return flights start from 11 am.

After lunch, on September 11, 2001, colleagues called out “ Did you see this? a plane has hit The World Trade
Centre, not sure what type.” We then heard. “Every Air Traffic Controller over to Ops room immediately.”

The dilemma was that by 2pm, hundreds of aircraft were in Irish airspace and over the Atlantic and we didn’t know what effect this would have. Instructions were quite clear, 3 people per sector.

I was on the SOTA sector, a rectangle piece of airspace, that includes the Atlantic Ocean. There was a controller on radar screen, and planner on a PC and the strip board.

The controller had less than a years’ experience, but she did something that I had the utmost respect for her. She said: “I’m out of my comfort zone, can you sit in”.

I was now the planner sitting beside Jim, an experienced controller and nothing phased him. I was reassured.

At that time, we didn’t know this was a hijack scenario. Our training in 1999 for the possibility of system failures due to the Y2K bug. Was this happening now? Were aircraft navigation systems failing and somehow flying into buildings?

Pretty soon, pilots were getting information, via company messages, about what was happening in New York. They were calling us asking if we had any information. We had none.

I could hear in their voices that there was real concern. Were they thinking that their planes may start descending or turning without their control?

News came from the top desk that a third plane has gone down in the US, later we’re told: “It looks likes multiple hijacks and US airspace is closed.”

Did the coordinator just say: “The US is closed??”

We were in the middle of a busy westbound traffic flow, our sector was full of aircraft all heading one way, in the direction of the ocean and mostly for the US.

Jim turned to me and in his wisdom, he said: “Remember this moment Aidan, this day will go down in history”.

Jim did a general broadcast on the frequency: “All stations on frequency, be advised the US is closed to all traffic, standby for further instructions.”

One question came through from a pilot that started a chain reaction: “Is Canada still open?”

Within minutes, the frequency became blocked with aircraft wanting reroutes to “Canada”, I don’t remember any airport being mentioned, just that most of the aircraft now wanted to land in “Canada”.

I was sure, like them, we could sort out those minor details of a destination later.

Our colleagues in Shanwick advised that: “Anybody that wanted to go to Canada had to route 51n and north to enter the ocean.

And Shannon, we have aircraft on the ocean who are less than halfway and they are turning around and returning to the departure aerodrome, more details to follow.”

Aircraft were re-routed to 51n and north as their new oceanic clearance came in. Some aircraft wanted to route there in anticipation of receiving a clearance.

The chain reaction had started, all the aircraft in the sector. A few minutes previous they were routing pretty much westbound. Now they were all turning right to aim for 51N, like a flock of starlings that had been spooked by a predator, all the leader line vectors were all now diagonal.

Then word came down: “Canadian airspace is closed.”

Another general broadcast was issued and another chain reaction of all aircraft now turning left to head south west, this time the destination requested was the Caribbean.

That didn’t last too long, when the word came through …….“Ocean is closed”.

Not something I ever heard before, but that day everybody was experiencing something never experienced before.

London and Brest control centres were told to send us no more aircraft unless they were landing in Ireland. Within minutes the first calls started coming in giving details of returning aircraft off the Atlantic ocean.

We quickly reminded ourselves of the “turnback procedure” for an aircraft experiencing an emergency on the ocean: ‘Offset by half a degree and come in 500ft below your previously assigned oceanic route.”

The first ‘unknown callsign’ came on frequency. It was a returning aircraft coming back off the ocean via the same point and same level that it had just exited Irish airspace. That’s like turning around on the M1 and driving back up the motorway you just came down. This wasn’t a day for giving out to the pilot.

The instruction was immediately given: “Change your level by 500ft and offset by half a degree as published.” We couldn’t see him on radar, but we were glad of the early call and the aircraft retuned safely.

Next instruction was to the conflicting westbound aircraft routing to the same point and same level as the returning aircraft to orbit left and hold.

With the Ocean closed, many aircraft returned to their departure airport. Because such a scenario was never envisaged, our system struggled with getting information to London and Brest control centres as they were also dealing with their own turnbacks.

Soon, every turnback was now declaring a fuel emergency and emergency ‘PAN PAN’ acknowledgements were heard.

Not many returning aircraft could make it back to their point of origin. So, they diverted to Shannon and other Irish airports. I heard that Shannon airport was running out of room for the aircraft.

Our shift went on way past its normal hours that day. Nobody complained. All aircraft were able to land safely having come back from a ‘Closed Ocean’.

The TV was still on as I walked out, but I had heard all the emotions in the pilots’ voices, I knew it was bad.

I checked my phone. I had one voice mail. It was from my uncle, a priest, who got me interested in ATC, 10 years previously.

He was thinking of me and my colleagues.

With the lump in my throat, I thought, yep, we are all in this together.

Aidan McEnroe, 44, lives in Newcastle West with his wife Joanne.

He joined the Irish Aviation Authority in 1997 as a trainee air traffic controller and has been with the Authority ever since. He is now an Air Traffic Control Expert and assists in the on-the-job training for students.