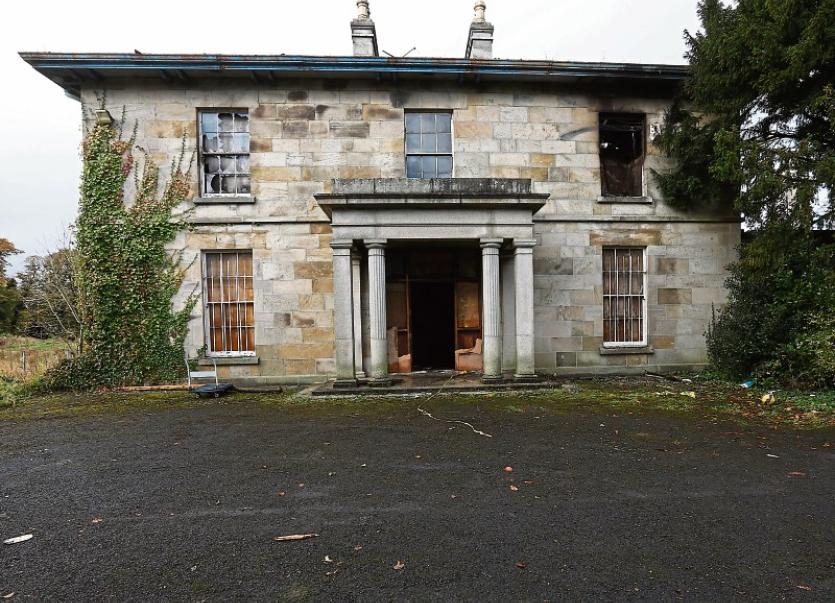 Limerick City and County Council has expressed serious concerns about proposals to move the former Bishop’s Palace to a new location on the same site, it has been revealed.

Gerry McManus – a brother of billionaire JP McManus – has applied for permission to deconstruct Kilmoyle House and to reconstruct it in a new location on the North Circular Road site.

The house, which dates back to the 1850s, was once the home of former bishops Donal Murray, and Jeremiah Newman.

While not a protected structure, it is designated as being of national importance and is listed in the National Inventory of National Heritage.

Located on a 6.6 acre site, it was acquired by Mr McManus from property developer Aidan Brooks almost three years ago.

While works to refurbish the interior of the house were carried out previously, it was extensively damaged in a fire last November.

According to planning documents submitted to the council, just a marble fireplace and the cantilevered staircase survived the fire.

It is proposed the original chimneys, the outer walls, cast iron gutters and downpipes as well as two granite sills would all be retained and reused.

Mr McManus lodged a planning application for the works in June with the local authority seeking further information in recent weeks.

In correspondence, dated August 9, a council planner wrote: “The planning authority has serious concerns in respect of the proposal to move the building” given that the house is “composed primarily of golden sandstone” which, it says, can be “weak and prone to the process of decay”.

In a reply dated August 25, architect Michael Healy of Healy Partners said a conservation architect and a stone mason recently carried out “limited opening up works” at Kilmoyle House to ascertain the feasibility of dismantling and moving the building.

“Overall the cement was removed with relative ease and did not cause any damage to the arises of the stone,” he states.

Limerick City and County Council has indicated a decision is due by the end of next month.