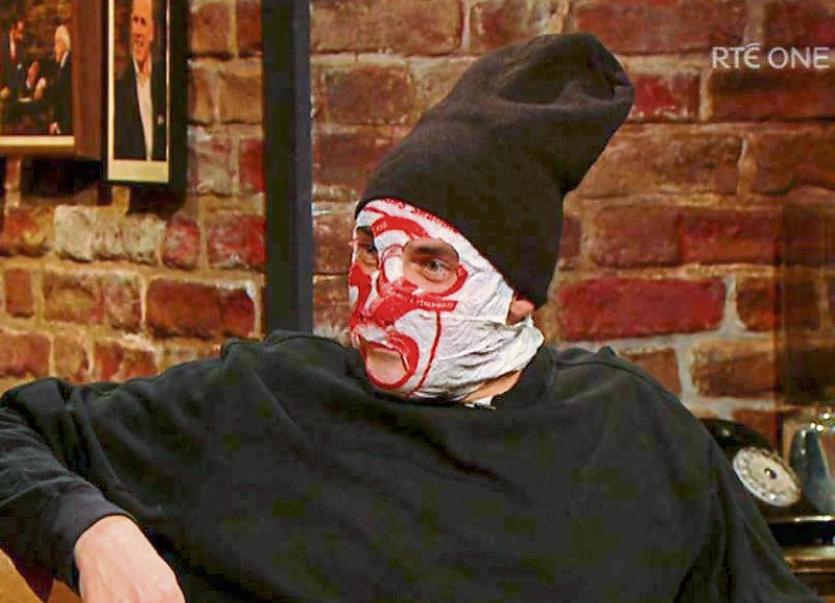 THE Broadcasting Authority of Ireland (BAI) has rejected almost a dozen complaints in relation to comments made by one half of Limerick comic duo The Rubberbandits on the Late Late Show.

Speaking during a discussion on the programme in January, Blindboy Boatclub said that young people attending Midnight Mass at Christmas were “not going there for haunted bread”, adding that “everyone at Midnight Mass is half-cut anyway.”

The comments sparked outrage among many viewers forcing producers to apologise for any offence which may have been caused by the comments.

However, each of the complaints – including one from Fr Kevin McNamara, parish priest in Moyvane, North Kerry – were rejected by the regulator.

“The complainant states that the treatment of this topic on this programme was blasphemous and exceptionally anti-Catholic as the Eucharist and real presence of Jesus Christ is central to the Catholic belief,” stated the BAI in its findings which were published this Thursday.

A number of the complainants also took issue with the reaction of presenter Ryan Tubridy to the comments.

In its reponse to the BAI, RTÉ accepted the phrase “haunted bread” was provocative and that Blindboy Boatclub had used it to get a reaction.

“The broadcaster states that Blindboy Boatclub’s assertion of his difficulty in coming to grips with, what are to him personally the contradictions within some Christian beliefs, gave rise to a substantial, sincere and thoughtful discussion of truth and belief in contemporary society, in Ireland and internationally” stated the BAI.

I'd like to take this opportunity to say that my book of short stories is out in October and is called "the Gospel according to Blindboy" https://t.co/fnvE4jBQ2G

Rejecting the complaints, the BAI’s  Compliance Committee said it was of the view that the programme, “while evidently causing offence to some audience members, was editorially justified” and did not infringe the principle of the BAI Code of Programme Standards dealing with respect for persons and groups in society.