Artists may lose contact with Limerick following closure of studio 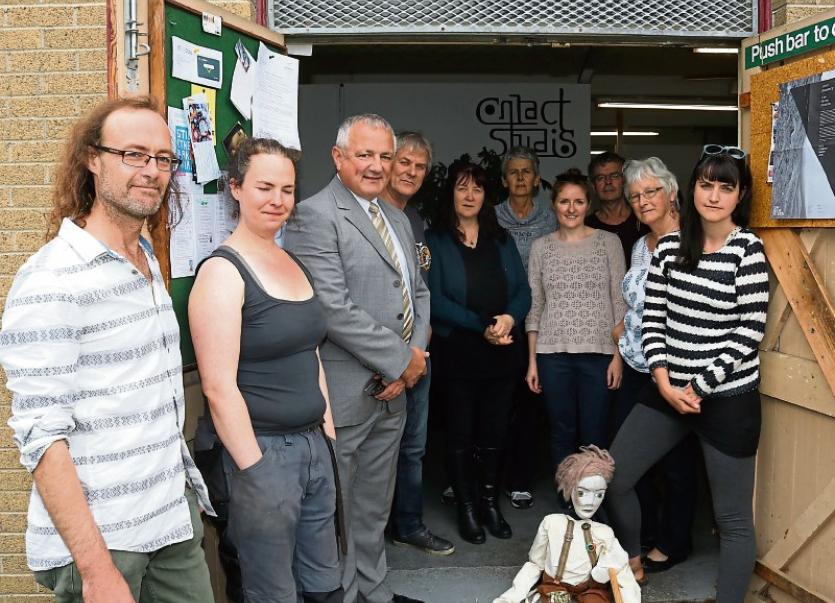 MEMBERS of one of Ireland’s longest established independent artist studios are facing the prospect of having no home for their creative talents on their 20th anniversary.

Contact Studios say it will be forced to close its doors this Friday after an HSE deadline to vacate premises at its St Joseph’s Hospital complex passes.

This will mean 14 visual arts spaces – more than a third of what’s on offer in the city – will go.

Local councillor Jerry O’Dea says it's “beyond belief” this is happening - and has called on the health service to give the artists more time to find new space.

For 20 years, Contact Studios has provided workspace for over 100 artists, graduates of the Limerick School of Art and Design (LSAD), mid-career and mature artists.

The studio opened in 1997 in the grounds of St Joseph’s on the basis the artists would support some of the many clients of the hospital.

But the HSE told the artists 18 months ago they would have to vacate the site due to there being no formal service level agreement in place.

While the health service has declined to comment, Contact Studios say there is no plan in place for the unit they are being asked to move out of.

One of the longest-serving members, Carl Doran, a graduate of LSAD, said: “I have put a lot of time and effort into this space. People need a place to work in. It’s as simple as that. You can throw as much money at culture as you want, but if artists do not have a place to stay or work in, you’re culturally defunct.”

Talks have taken place between the HSE and the council to avert the artists moving out. The local authority is prepared to examine the opening of a municipal arts facility, but this will take time.

And Mr Doran said: “If we’re kicked out, we will be in a Humpty Dumpty situation, in that it will be very hard to put us back together again. If we do get a premises, we might be subject to rates unless you have charitable status. I understand there 's a year’s waiting list to get this.”