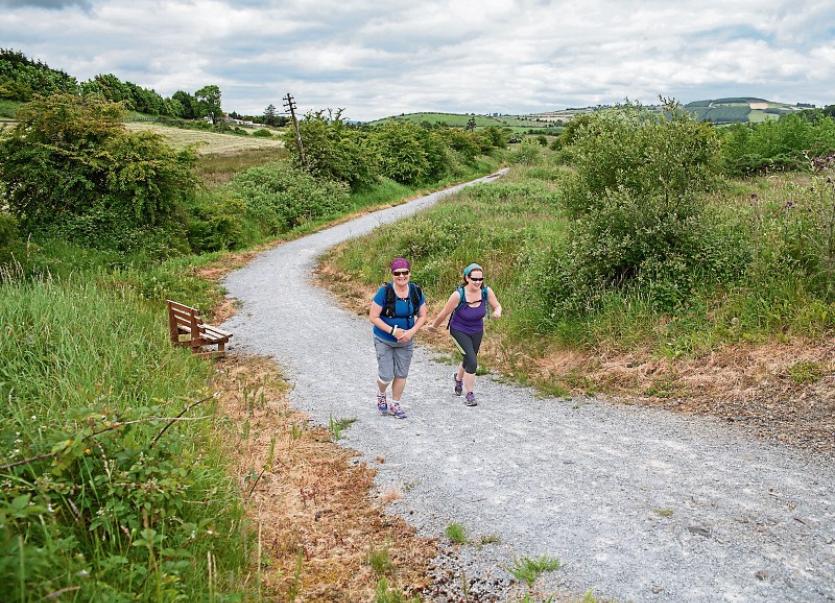 A DECISION on extending the Great Southern Greenway from Rathkeale to Ballingrane has been deferred to within days of the deadline.

At a special meeting of Adare Rathkeale Municipal District last Tuesday, the six councillors agreed unanimously to postpone a final decision on the project to yet another special meeting on August 10.

The deadline for that is just days later on August 17 and the decision lies entirely with the councillors.

But councillors remained tight-lipped about the reasons for deferring their decision. At their meeting on Tuesday evening, from which the Limerick Leader was excluded,  they discussed the matter for 75 minutes behind closed doors.

Afterwards, councillors privately revealed that the decision was to do with funding although no indication was given to the Limerick Leader about the cost of the project or the details of funding. They were not entirely satisfied, they intimated,  with the answers to some of their questions.

Behind that dissatisfaction however lies the memory of being “burned” over the Gortadroma gasification project which they backed overwhelmingly but later found fault with the information they had been given.

It is understood however that the councillors are broadly in favour of the Greenway extension which will go from Rathkeale along three kilometres of the old railway line as far as Ballingrane.

The proposal before councillors is to clear the trail and provide a rolled gravel path with appropriate drainage, fencing, signage and any necessary repairs to structures along the way.  It is part of an overall plan by Limerick City and County Council to link the city via  Patrickswell and Adare with the present 38km of Greenway.

The project was first advertised last March and went on public display from March 27 to May 25 with submissions due by June 12. A total of 18 submissions were made.

The project was welcomed by Liam O’Mahony, chairman of the Great Southern Trail Group which pioneered the original greenway and Austin Bovenizer of the Irish Palatine Association said they were happy that the trail would extend to the historic Palatine settlement at Ballingrane and the Embury Heck Church located there.

Others also welcomed the project but the ABP meat factory expressed concerns about site security. And there were objections individually and collectively from seven people.

One farmer expressed concern that having had unlimited access to the greenway route for 30 years, his property would now be dissected. Another was concerned about anti-social behaviour and a third about fencing. One lengthy objection accused the council of lack of consultation.

The overgrown trail was a valuable natural habitat he said and disturbing it could lead to spread of disease via badgers.

The group of seven argued that a “more viable alternative” would be to wait for the building of the new Limerick to Foynes road and then construct a tree-lined cycle lane along the hard shoulder.

In its response, the Limerick City and County Council pointed out that it had liaised with all these people before the Part 8 planning report was finalised and would continue to liaise with them.

Because the proposed project lies entirely within the Adare Rathkeale Municipal District, it does not have to be voted on by the full Council.

It is now down to the district’s six councillors on August 10.