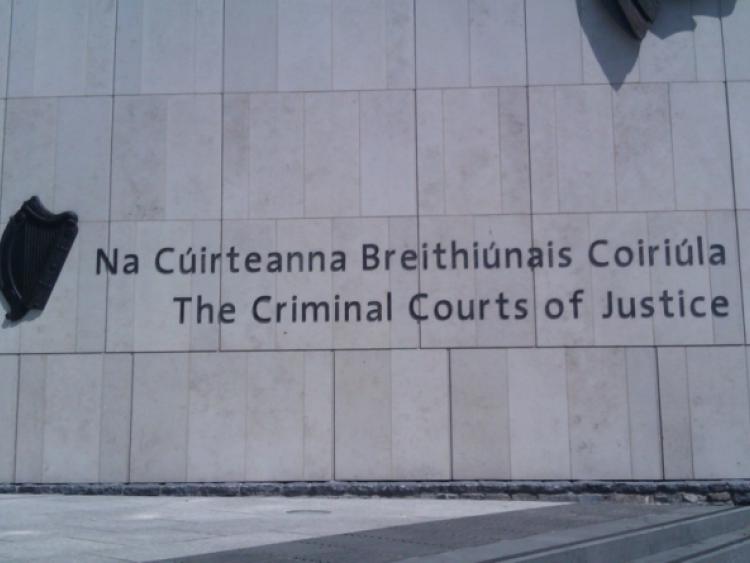 A LIMERICK man has been jailed for four and a half years for a “savage” attack on his former partner during which he beat her with a shovel until it broke.

A LIMERICK man has been jailed for four and a half years for a “savage” attack on his former partner during which he beat her with a shovel until it broke.

The victim was left with bruises and injuries to her eye, eyelid, cheeks, neck, head, ears, arms and legs. She also had hair torn from her scalp.

The 37-year-old man, who cannot be named because he was acquitted of rape in the same trial, had pleaded guilty to assaulting the woman outside her house but had denied other charges of assault and false imprisonment.

In November, a jury at the Central Criminal Court found the father-of-four guilty of assaulting the woman outside her home and of dragging her into a waiting car. He was also convicted of beating her with a shovel until it broke.

The jury returned not guilty verdicts on the charge of keeping her in a house for a week and of raping her several times, including with a bottle. The jury could not decide on two counts of rape and the man may face a retrial on these allegations.

Ms Justice Margaret Heneghan said it was a “vicious and savage attack” and that the offence of false imprisonment merited a six year prison sentence.

She reduced this to four and a half years on the basis of mitigating factors including the man’s co-operation with gardai and his admissions to them that he had behaved poorly on the night.

The judge said that the vulnerability of the victim and the effect of the offences on her were aggravating factors. She also noted there were no expressions of remorse on the man’s part.

Detective Garda Keith Harmon told the court that the man dragged the mother of his child into a car when he suspected she was seeing another man.

The man took the woman to another house and continued to assault her during the journey. On arrival he continued attacking her in the car park.

He punched and kicked her and she was forced to the ground. He kicked her on the ground and only stopped when she told him she might be pregnant.

Her clothes were ripped off during the assault leaving her in her underwear. After an interaction with the man he thought she was having an affair with the accused set about attacking the woman with a shovel, hitting her mainly about the thigh and ankles.

The man has 11 previous convictions, mainly for road traffic and public order offences. Det Gda Harmon told Michael Bowman SC, defending, that these were of a minor nature.

The court heard the victim had problems with addiction to drugs, mainly unprescribed tablets. In a victim impact report she said her drug abuse had gotten worse since the attack.

She said she was afraid he would come back some day and get her and said her family had been put in fear over the attack. She said as a result of what happened she couldn’t go back to Limerick and now lived outside the county.

Mr Bowman said his client came from a decent family and accepted he had behaved badly on this occasion. He said the man and the victim had a “deeply dysfunctional relationship” and had one child together.

He said his client had a number of children and had a good record of employment going back to his teenage years.