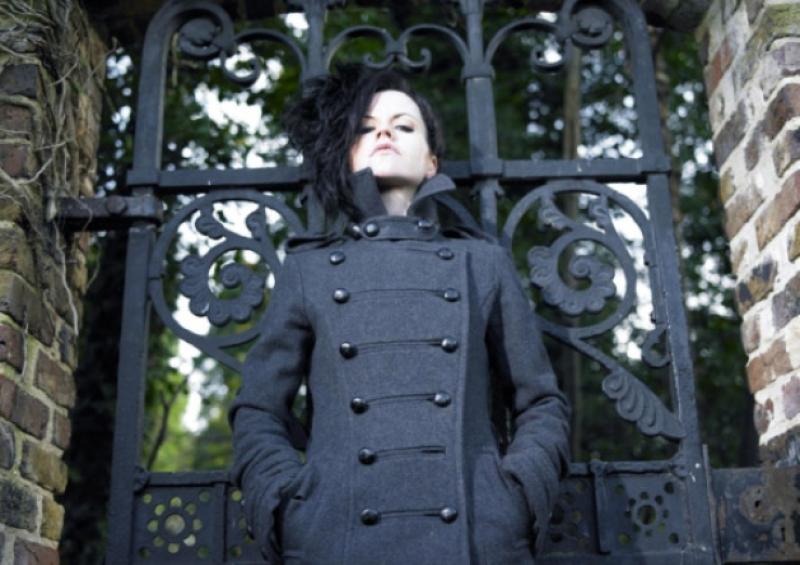 THE mother of Dolores O’Riordan, the superstar singer who was at the centre of an international media storm this week over an alleged air rage incident, has revealed that her daughter is separating from her husband after 20 years of marriage.

THE mother of Dolores O’Riordan, the superstar singer who was at the centre of an international media storm this week over an alleged air rage incident, has revealed that her daughter is separating from her husband after 20 years of marriage.

Speaking exclusively to the Limerick Leader this Wednesday, Eileen O’Riordan said Dolories was in a “very vulnerable” state and is under the care of a psychiatric doctor at an undisclosed location in the country.

“She is going through a marriage separation at the moment. That’s hard for anyone,” said Eileen, who lives in Ballybricken.

The 43-year-old Cranberries lead singer was arrested at Shannon Airport shortly before 5am on Monday in connection with alleged assaults on a flight attendant and a garda on board a flight from JFK airport in New York.

While Dolores, a mother of three, is “doing much better”, she failed to recognise her mother when Eileen visited her at Shannon garda station following the incident.

Eileen said that medical results indicated there was no alcohol or drugs detected in her daughter’s system.

“Dolores was inside in a room, she was lying on the floor, curled up. She had her head covered and her face covered up. She was trying to protect herself. I gave her a hug. I tried to talk to her. She didn’t realise I was there at all. I put Lourdes water on her,” Eileen recalled of her initial encounter with her daughter at Shannon garda station.

“She didn’t know who I was, she was trying to cover herself from me.”

Eileen first became aware of the incident on Monday morning after her son received a call.

“I was getting up at about half past six or seven in the morning. I was expecting her, getting her breakfast ready,” she recalled.

She had spoken with her daughter the day previous but a mother’s instinct told her something wasn’t right with Dolores.

“She rang on Sunday to say she was coming. She was OK then but she wasn’t herself. She wasn’t Dolores. She would hide it from me. If I asked ‘are you sleeping?’ she would say: ‘Oh I am, I am.’”

While she hadn’t seen her daughter for a number of months, Dolores would ring Eileen most days, and going on their conversations Eileen feared that something was going to happen.

“I was waiting for it, hoping that it wouldn’t happen in New York. It would be awful because she wouldn’t have the support there. She is suffering from lack of sleep over the weeks and her brain is racing all the time. She is working very hard. When she was in New York she kept saying ‘when I go home to my mother in Ireland, I will be fine’. She was working in New York producing a new album.”

While the singer continues to receive medical attention, “she is a lot better than what she was, thanks be to God”.

“She was so bad when I saw her first in Shannon,” Eileen recalled.

“She is under the care of a psychiatric doctor at the moment, a very nice lady. She is still in Ireland. She has a nurse with her and a doctor visits her every day because she can’t go out.”

Dolores speaks on the phone to her children Taylor, 16, Molly, 13, and nine-year-old Dakota who are currently with their father Don Burton in Canada.

“They just know that mommy isn’t well at the moment,” said their grandmother.

The couple who met when The Cranberries and Duran Duran were on tour have owned a number of properties including Riversfield Stud outside Kilmallock where they lived for a number of years as well as homes in Dublin and Canada, during their 20-year marriage.

Reflecting on the alleged air rage incident itself, Eileen said Dolores was being hassled on the flight for autographs.

“She had two glasses of wine with her dinner when she started off but she had no alcohol or drugs in her system. That is completely clear.

“She was accompanied by a producer and songwriter. I believe there were people hassling her to sing and for photographs on the plane. She just lost it.”

Though the full facts have yet to be established, it is reported that Dolores – whose band The Cranberries has sold over 40 million albums worldwide –stamped on a flight attendant’s foot and headbutted a garda. She was arrested and subsequently hospitalised at University Hospital Limerick.

“She is not like that. Everyone is saying the media have blown it out of all proportion. There is a lot of anti-Limerick in it, a lot of that in it,” said Eileen, who last spoke to Dolores this Wednesday morning.

“That girl is a friend of hers. She is a very nice girl. She knows her for years. She was getting out of her seat because as far as I know the man behind her was poking her – the couple were well drunk, free drink of course. She just lost it and got up and walked on the girl. She had big old boots on her.”

While Eileen said she hasn’t read the media coverage, the general public have been very kind and respectful of her daughter at this difficult time, including the gardai.

“I must say they were extremely nice. They couldn’t have been nicer to Dolores and myself at the time. There is an email from somebody who was on the plane to say that it is a terrible reaction – an over-reaction.

She credits her strong faith with giving her the strength to remain strong and steadfast for her daughter.

“I never cried about it,” she said.

“I pray. I don’t know what I would do only for my religion. There are so many good people - so many I have met are lovely and are thinking of her and praying for her and what more can we do at this stage.”