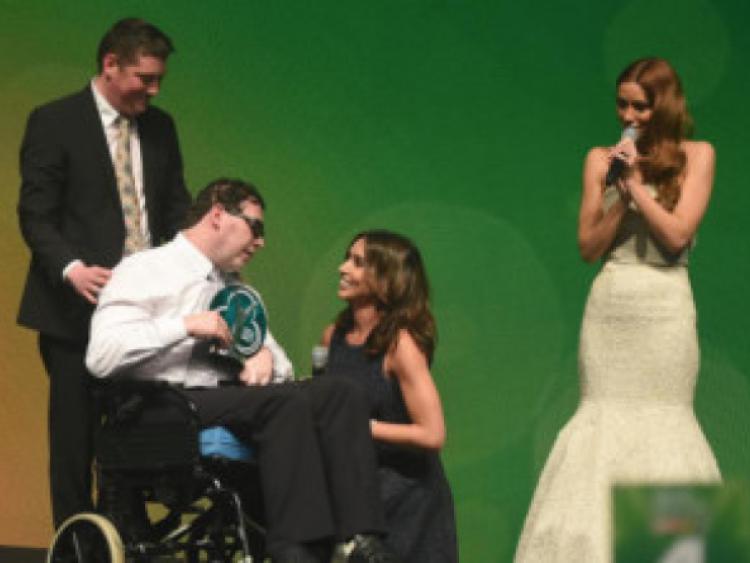 A LIMERICKMAN who was left blind and partially paralysed by an unprovoked attack has received a Pride of Ireland award.

Brian Hogan, 36, from Ballykeefe, has never given up hope that he can reclaim his life after the devastating attack, and now regularly speaks to secondary school students on the dangers a single punch can cause.

In presenting the award to Sr Helen, Carol Vordermon said the story struck a chord with her as “people don’t realise how much children keep to themselves.

“I wish you were around when I was a child,” added the broadcaster, best known for presenting Countdown for 26 years.

The inaugural Pride of Ireland awards celebrate brave and courageous people and their heroic acts. Tipperary native Una Foden of the band, The Saturdays, hosted the ceremony in The Round Room, Mansion House on Dawson Street.

Taoiseach Enda Kenny said the 13 winners were the “very backbone of Ireland’s society, the people who quietly make a difference without call for thanks or congratulations.”