Limerick halting site all set to be closed 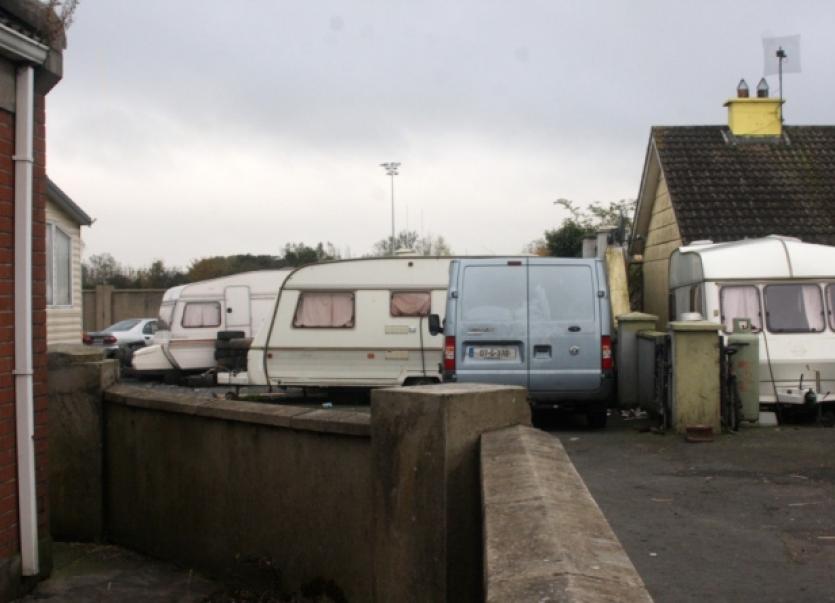 CITY councillors have appeared to wrestle back control from management to secure the closure of a controversial halting site.

CITY councillors have appeared to wrestle back control from management to secure the closure of a controversial halting site.

Under the Traveller Accommodation Plan, City Council management were proposing to keep the Rhebogue Halting Site open, expand it, and invest €500,000 there - despite the majority of residents wanting to leave.

Now, it appears that the site will close after councillors forced the executive into a backtrack, with a motion from Cllr Kieran O’Hanlon, Fianna Fail, expected to be approved at the next monthly meeting.

These were vandalised, destroyed and burnt out, he said.

They then again built more houses which were vandalised and ultimately demolished before ultimately building the Traveller site.

He said the way the site is set up “inhibits” the lifestyle of Travellers anyway.

St Patrick’s GAA has encountered a number of problems with the neighbouring site, including last year, when a resident entered their field of play brandishing a slash hook.

This forced the abandonment of an under-age game.

And following this incident, it has been acknowledged the club has struggled to attract young players.

“There is no point in squandering tax payers money on a site which is going to fail, while at the same time, condemning St Patrick’s GAA,” Cllr O’Hanlon argued.

Independent councillor John Gilligan said signing off on a €500,000 expansion would send out the wrong message.

“If we sign off on this plan, we are saying to these people: it is open season. You can do what you like. Plus, they are spending another €500,000 on us. This is the way these people think! People in Rhebogue deserve better,” he said, “We should be putting €500,000 into closing the site, not expanding it.”

Former mayor Cllr Kevin Kiely suggested to director of service Seamus O’Connor that Travellers could be accommodated on green space in Co Limerick.

“I have no objection if you want to buy 12 sites out there,” he said.

Cllr O’Hanlon proposed the policy of the council be changed to ensure the site in Rhebogue closes, and no further money be spent on it.

This was seconded by Cllr Jim Long.

City manager Conn Murray said: “I understand the councillor’s wishes, and I will not go against them.”

However, he warned on the wording of the motion, pointing out a service needs to be provided to Travellers in that area.

Only six councillors were at the meeting, dedicated to the adoption of the Traveller plan.

But as Cllr Pat Kennedy left the meeting early, it meant due to the low numbers, no formal decision could be taken.

It now looks likely Cllr O’Hanlon’s motion will be put at the final meeting of this council’s term, which will take place at the end of the month.